Stephanie Tongoi scored 17 points and six rebounds to inspire the lake region outfit to their third win of the season and second in a row as they continue to fight to avoid relegation this year.

Tongoi dropped eight points with Anne Nekesa adding five points as the hosts took a commanding 17-8 first-quarter lead before fighting off an improved performance by the visitors in the second quarter to win 13-10 and lead 30-18 at the breather.

In the final half, the university students turned up the gear with Sophia Reena, Happiness Bwari and Collette Achieng hitting some big three-pointers in the third quarter they won 17-15.

With Lady Bucks leading 45-35 heading into the fourth quarter, Reena and Priscila Makori led an attempted comeback with early seven and six points play before being ejected for fouling out five times.

The hosts would capitalize on the lethal duo absence to score 18 points against the visitors' 24 and win 63-59.
The win saw the Kisumu side move eighth in the log with 15 points, three more than bottom-placed Kenyatta University Oryx who lost 57-33 to former champions Equity Hawks in Nairobi.

The bankers whose match against the University of Nairobi Dynamites was postponed on Saturday moved to third in the standings with 20 points.

Zetech University Sparks moved second on 21 points after seeing off Eagle Wings (95-31) and Dynamites (66-36).
Storms on the other hand dropped to fourth on 19 points after losing 46-41 to Strathmore Sword 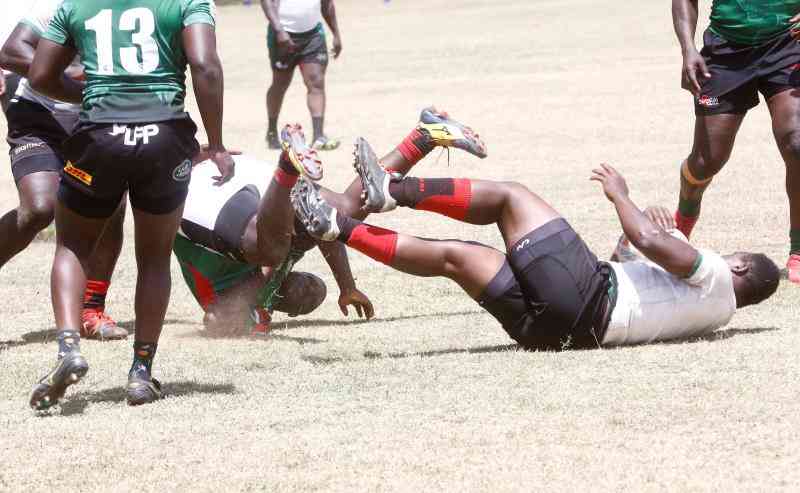