MPs and Senators said they wanted to get to the bottom of the challenges that have crippled farmers for the past eight months.

In the National Assembly, Nandi Hills MP Alfred Keter tabled a petition demanding the payments, while at the Senate, members formed an ad hoc committee to look into maze imports and the pay delay.

The committee will also look into challenges facing maize farmers and the National Cereals and Produce Board (NCPB) and make recommendations to the House within 60 days.

In his petition, Mr Keter said farmers in the North Rift were victims of cartels and exploitation by middlemen.

He said farmers were suffering because of the delayed payments, making it difficult for them to buy farm inputs.

In the Senate, a motion co-sponsored by Uasin Gishu Senator Margaret Kamar and Bungoma's Moses Wetang'ula will seek to unravel the puzzle behind the crisis in the sector.

Moving the motion, Prof Kamar noted that some maize producers had failed to meet their children’s education obligations due to the crisis.

“Farmers from the North Rift region convened a major meeting in Eldoret town and demanded a solution to the predicament. Sadly, their challenges have yet to be addressed. It is high time leaders intervened and gave them a solution,” said Kamar.

She added: “It is painful to learn that whereas a farmer could be owed millions of shillings for maize deliveries, he cannot clear a Sh200,000 fee demand for his university children,” said Kamar.

The sponsors of the motion said they were concerned that the last duty free window which was scheduled to end in October 2017 was not terminated as expected. Deliveries continued until late December, leading to overstocking in most NCPB stores, yet it was not clear where the maize deliveries came from.

"We have achieved only 2.9 per cent in budgetary allocation, which is a violation of the Maputo Declaration that requires governments to allocate 10 per cent of budgets to development of agriculture. At the moment, we are seeing lorries in Trans Nzoia smuggling maize from Uganda,” said Mr Wetang'ula.

"We must protect maize farmers, ugali being a staple food in the country," said Senator Cherargei.

Yesterday’s motion comes against the backdrop of several meetings by North Rift farmers. On Monday they gave the Government two weeks to address their grievances or face legal action.

The committee will investigate the quantity of maize imported during the duty-free window which was supposed to end in October 2017. It will also seek to find out why the period was extended.

It will also look into the challenges facing maize farmers and the NCPB and make recommendations on how to resolve them.

“Farmers started delivering their produce from October last year. There are various categories of persons who delivered maize to NCPB. They include those who delivered it directly from their farms and those who supposedly imported maize and delivered it,” he said.

Nairobi Senator Johnson Sakaja urged the committee to come up with practical solutions to the perennial problems facing farmers.

'Muguka' traders took to the streets in protest after being ejected from Tononoka grounds. 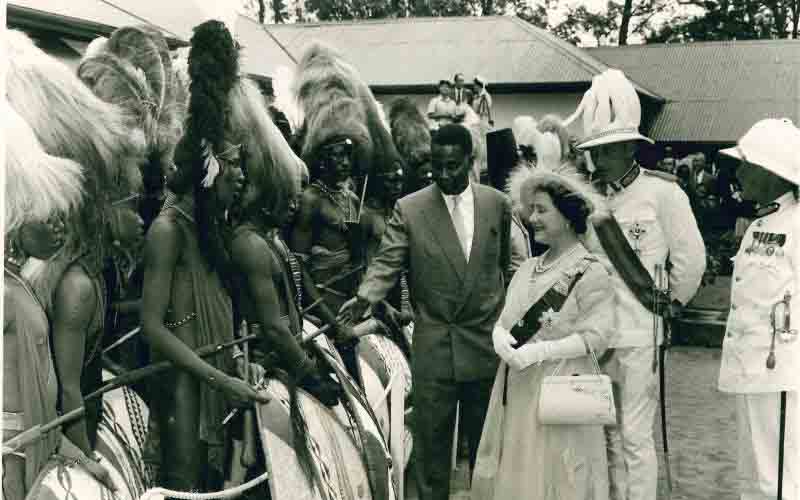 By Amos Kareithi | 11 seconds ago

By Ernest Ndunda | 11 seconds ago

By Renson Mnyamwezi | 26 minutes ago

By Kennedy Gachuhi | 35 minutes ago