The unga puzzle: Why maize farmers are also queuing for Sh90 flour

The politics of maize continues to rage on, the latest twist in the saga being the “sudden” availability of Government of Kenya (GOK) branded flour retailing at Sh90 — an overnight 40-50 per cent drop from last week’s prices of Sh150-180 per 2kg packet.

The opposition was quick to dismiss the move as a cheap or even cynical political ploy in the lead-up to the August General Election, and it remains to be seen how sustainable or broadly distributed the subsidised maize flour will be.

Still, what is interesting about the speed of the price drop is how much the maize market in Kenya relies on the direction of the executive. Essentially, maize is deeply politicised in Kenya – every meal of ugali effectively has a political dimension.

In the first place, econometric analysis of price transmission in Kenya shows only 30 per cent of the reduction in the world prices of maize is typically transmitted to the domestic market.

In other words, if maize in the international market falls by Sh100 for example, the local price will only fall by a maximum Sh30. A 2015 study by Jonathan Makau Nzuma on the political economy of the food price policy in Kenya also highlights the slow speed of adjustment of domestic food prices. It takes anything between three to 11 months for local maize prices to reflect downward changes in the international prices.

Nzuma’s analysis of food price data between 2002 and 2011 show that instead, local prices of maize remain persistently high even when global prices fall.

The links between international and local prices are complicated, the study shows, and have partly to do with exchange rate movements of the shilling to the dollar, but also the weather, shifts in local production, crop diseases, inflation and infrastructure networks.

But politics is also a huge factor. Domestic trade policies, and the manner of their implementation, often determine the extent to which producers and millers respond to market signals.

While food subsidies are ideal as a quick response to price surges — as in the recent Sh90 maize flour — they are costly and fail to target those most in need. The best example was in 2008/09, the last time Kenya dabbled with a maize subsidy. Then, just like now, Raila Odinga and Uhuru Kenyatta were at the centre of it.

In December 2008, the government adopted a direct maize price subsidy for urban consumers by introducing a dual pricing system for maize, which was supposed to make flour more affordable to the urban poor.

The proposal was the brainchild of Raila, then Prime Minister, who, as MP for Lang’ata (which covered Kibera slum at the time) had an interest in delivering cheap maize flour for his constituents. But the Ministry of Finnce – at the time led by Uhuru – initially opposed the maize meal subsidy programme, but then grudgingly accepted it. A 2kg packet of maize was supposed to sell at a commercial rate of Sh72 and a subsidised rate of Sh55, the latter price supposed to benefit the poor.

The programme was mostly supported by millers who were given licences to procure maize from the National Cereals and Produce Board (NCPB), mill it, and sell it at subsidised rates but were to then later apply for rebates from the Ministry of Finance.

But other than transporting the subsidised flour to Kibera and other low-income neighbourhoods, there was no other targeting criteria. Furthermore, it was sold in 5kg bags, which made it beyond the reach of most consumers. Within a short period, the programme became untenable as the promised rebates from the Ministry of Finance were not coming through to millers.

What made it worse was the lack of policy direction and its political undertones, as Raila, who supported the programme, came from one wing of the grand coalition government, while Uhuru, who came from another wing of the coalition, opposed it.

With that, the plan flopped and the Cabinet abandoned it, but only after costing Kenya Sh23.4 billion in subsidy and forgone taxes in the fiscal year 2008/09. The Cabinet then mulled another approach: that of direct cash transfers to poor families to help them buy food on the open market.

The implementation of this initiative was, however, shelved by the Cabinet due to design flaws, Nzuma’s report states. But the government – especially Raila’s ODM wing of the coalition – was not done trying to crack to unga puzzle. Another initiative implemented by the government was a cash-for-work programme named Kazi Kwa Vijana (KKV) that was mooted by the Prime Minister.

The public work programmes was meant to increase the income of the poor and improve their access to food. The Sh15 billion KKV programme was launched in March 2009 and was aimed at creating 300,000 jobs within six months of its launch.

The programme engaged unemployed youth in infrastructure works, mainly roads, and environmental conservation exercises such as tree planting and river cleaning. But the KKV, though successful in some ways such as in the clean-up of Nairobi River, was bedeviled by payment problems.

Attempts to cushion the poor against high food prices are mostly on the demand-side, in the form of food safety nets and cash transfers, or on the supply-side in the form of subsidies.

But there are few meaningful interventions in the agricultural sector with a focus on increasing productivity through improved access to inputs and markets so that farmers are able to respond to production incentives.

You may not realise it, but most Kenyan families – even those that are maize farmers – are net buyers of maize. Data from the latest Integrated Household Budget Survey (KIHBS 2006) indicate that about 63 per cent of crop and livestock producers are net buyers of the very food they grow.

In addition, food purchases constitute about 60 per cent of total expenditures of farming households. For these households, any food price increases negatively affect their food security status. And there’s a perverse combination of negative incentives that ironically makes smallholder maize farmers some of the most food insecure people in Kenya, at least for a large part of the year.

Roger Thurow’s award winning book The Last Hunger Season follows the lives of four smallholder farmers in Bungoma, and describes that perfect storm of hunger and poverty that stalks most rural farmers – and the simple policy interventions that can change it.

The four farmers in the book – Leonida Wanyama, Rasoa Wasike, Zipporah Biketi and Francis Mamati – harvest their maize around November and December. Prices are low because all the farmers have harvested at the same time, so there is a supply glut.

But then school fees are due in January, and the farmers know that they will be unable to store most of the maize for anything more than a few months without risking aflatoxin poisoning.

Under pressure to come up with school fees – and without the means to transport the maize to nearby towns where it will fetch a better price – the farmers are forced to sell it at a throwaway price at the farm gate, about Sh20 per gorogoro.

But in a few months time, say April or May, their home stock of the maize harvest has run out.

They turn to the market to buy maize, only to find that because it is now retailing at Sh35 or even 40 for the same gorogoro that they sold at Sh20 just a few months earlier.

Meals dwindle from three to two to even one in the hunger season, and Thurow’s book describes the ironic situation where maize farmers are even unable to feed their children, and have to depend on school feeding programmes.

Increasing productivity of the farms might help, but what would be more meaningful is small interventions a warehousing credit system where farmers can store their maize and get a loan against it to pay school fees in January, in the knowledge that it will be worth twice as much in May than when it was harvested in December.

Improving rural roads, transport networks and market price information would also make a huge difference in reducing farmers’ vulnerability to unscrupulous middlemen, and break the cycle of poverty that besets rural communities. Encouragingly, a Warehouse Receipts System (WRS) Bill 2015 was endorsed by Cabinet and has already been passed by Parliament, waiting to be assented into law by the President.

The system would see farmers deposit grain in 14 certified warehouses in the pilot phase, and get a warehouse receipt with which they can apply for a short-term loan from participating banks.

WRS reduces the pressure on the farmer to sell immediately after a harvest when prices are normally low; it also drastically reduces post-harvest losses. About 30 per cent of all harvested crops in Kenya never make it to market, a huge waste worth Sh50 billion every year, according to estimates.

- The writer is executive editor of Africa data visualiser and explainer site Africapedia.com

After seeing a clip of their emaciated loved one in Somalia, kin now crying out to the President to intervene to save the soldier from his tormentors. 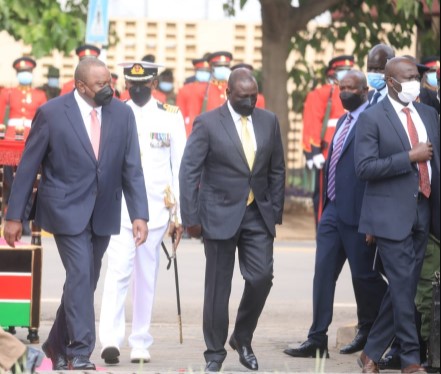 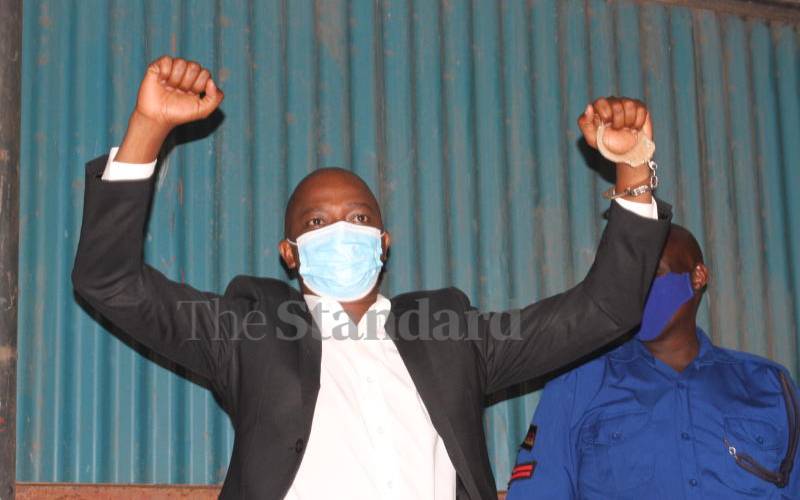