NAIROBI, KENYA: New mobile subscribers will get numbers with a different prefix after Safaricom rolled out new phone number prefixes beginning with 0112, 0113, 0114, and 0115.

The move is necessitated by increased demand for SIM cards, mobile data and machine-to-machine communication, and other emerging technologies that require telecommunication numbers.

“20 years ago, we began Safaricom with 17,000 customers and a commitment to our community to transform lives. Our customers have grown to more than 35 million today on the back of our commitment and our constant investment in innovation. The new phone numbers we are launching today will help meet a strong demand for our services that is especially driven by new mobile data customers,” said Peter Ndegwa, CEO, Safaricom.

Growing demand for data has seen Safaricom introduce ‘4G for Home’ internet that consists of a 4G enabled SIM card and a 4G router that takes advantage of Safaricom’s countrywide 4G (plus) network to provide high-speed home internet in areas outside the company’s home fibre coverage.

The new prefixes were launched by the Communications Authority (CA) in May 2019 when the Authority’s Director General Francis Wangusi explained that the new prefix was necessitated by increased demand for SIM cards, mobile data, and machine-to-machine (M2M) communications, stating that the leading telecommunication companies had already been issued with five million numbers under the new prefix.

“The introduction of the new mobile numbering prefix 01 is in line with National Numbering Plan developed in 2002 by the Authority, in consultation with ICT industry operators and other stakeholders,” the authority said then in a statement.

New and existing customers who choose Airtel as their network can also choose their preferred numbers from the 0100, 0101, and 0102 series that are available at all Airtel customer service and SIM selling outlets throughout the country.

As of June 30, 2020, the number of mobile subscriptions stood at 57 million, an increase of 3.3 per cent from 55.2 million subscriptions registered in the previous quarter. Consequently, mobile SIM penetration in the country stood at119.9 per cent during the period.

Also, the directive by the Government on the use of cashless payment systems to contain COVID-19 pandemic and the attendant waiver of transaction costs for amounts equal to or less than Sh1,000 played a key role. Total net additions for the fiscal year stood at 4.8 million. 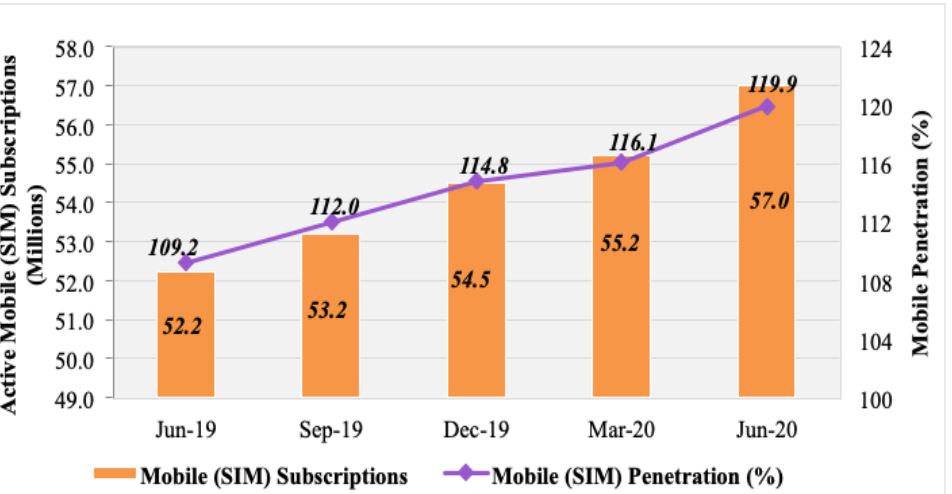 By Graham Kajilwa | 20 days ago