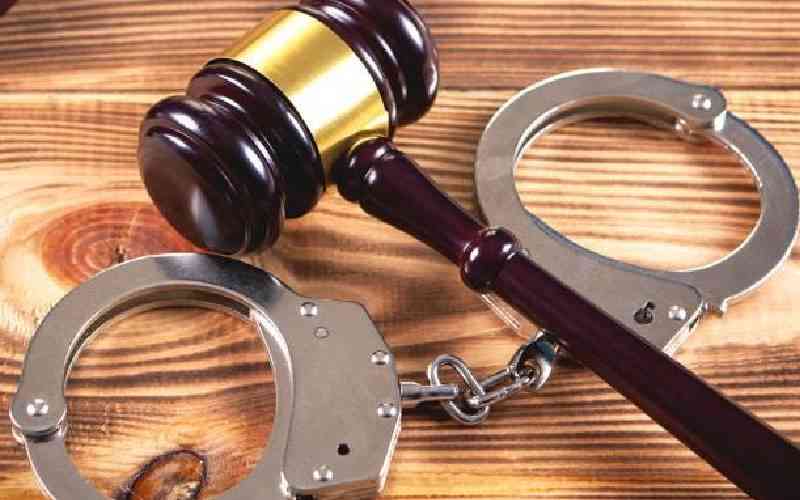 A case in which an ECDE teacher is accused of biting a teenage girl's finger has dragged in the courts almost for four years after the suspect disappeared.

Lucy Wanjiku was arrested on January 8, 2019, and arraigned the following day and charged with assault.

Wanjiku was accused of biting the teenager’s left middle finger during a quarrel at their plot.

The accused is alleged committed the offence on January 1, 2019, in the Mawanga area of Nakuru North in Nakuru County.

Appearing before Nakuru Resident Magistrate Wilson Kitur, she denied committing the offence and was released on a Sh100,000 bond with an alternative cash bail of Sh50,000.

Court proceedings indicate that Wanjiku failed to attend court for mention of the case on January 19, 2019, and the court ordered her arrest.

On January 9, 2020, she was arrested and presented before Principal Magistrate Bernard Mararo.

“I have been unwell and unable to attend court,” she claimed.

However, the court ordered that she be remanded at Nakuru GK Prisons.

The court ordered a pre-bail report which was filed on August 18, 2020, by probation officer Lilian Ondari.

The report stated that Wanjiku was taking the matter lightly and had threatened Wambui for reporting her. It further indicated that Wambui's finger was permanently damaged, and the charges were amended from assault to grievous harm.

Senior Resident Magistrate Rose Ombata imposed a bond of Sh100,000 on Wanjiku with an alternative cash bail of Sh50,000.

“The accused is a flight risk based on the fact she absconded court for a year. Chances of her skipping court are high,” read the report.

Wambui testified on September 9, 2020, that her finger was severed and she can no longer study well, nor do house chores. Two other witnesses testified and corroborated her testimony.

Since then she has not been seen and Wambui’s mother wants the police to be swift and look for her.

The case will be mentioned on October 5.

By Yvonne Chepkwony 14 mins ago
Premium The land of meat and honey: How Koriema grew into a vibrant town