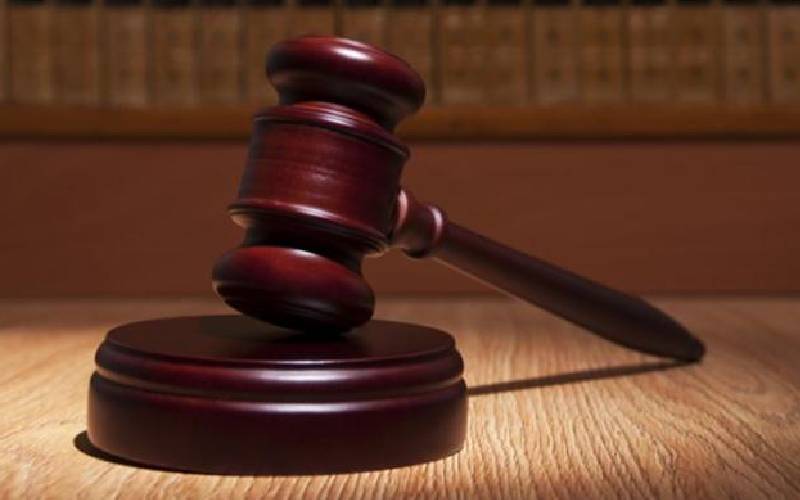 A decision by a man to appeal against a 45-year jail term has earned him a life sentence.

Jacob Mutunga, found guilty of defiling a neighbour's child, will now spend the remaining days of his life behind bars after the High Court found that the trial magistrate erred in convicting him.

Justice Robert Limo last week ruled that the sentence should be increased to life, noting that section 8(2) of the Sexual Offences Act provides for only one sentence, life imprisonment.

According to Section 8 (2) of the Act, a person who commits an offence of defilement with a child aged eleven years or less shall upon conviction be sentenced to life imprisonment.

“This court finds that the prosecution’s case against the appellant was simply overwhelming. The trial evaluated the evidence well and reached the correct conclusion," Limo ruled.

He noted that Mutunga's appeal lacks merit and set aside the 45-year jail term.

“The conviction is upheld. The sentence meted out by the trial court of 45 years of imprisonment is set aside, and in its place, the appellant shall now serve life imprisonment as provided under Section 8 (2) of the Sexual Offence Act,” he ruled.

The court said the man deserves the life sentence given the trauma he caused to the minor and the fact that in the process of defilement, he infected her with a Sexually Transmitted Disease.

Aggrieved by the decision, Mutunga appealed at the High Court, saying the lower court erred in convicting him.

He noted that the prosecution did not prove the case against him beyond a reasonable doubt.

In the lower court, the prosecution relied on the evidence of the minor, medical records produced in court and the testimony by the girl's mother.

The trial court evaluated the evidence and found the prosecution proved the case beyond a reasonable doubt.

What the law says on defilement

-Any person who defiles a child aged 11 years or less shall be sentenced to life imprisonment upon conviction.

-A person who defiles a child between the age of 12 and 15 is liable upon conviction to imprisonment for a term of not less than 20 years.

-A person who defiles a child between the age of 16 and 18 is liable upon conviction to imprisonment for a term of not less than 15 years.

Of late, she has been going out for lunch with her younger male colleague, often. At times, she leaves work early to drop the man at his place.

Ruto’s motorcade was stoned in Kondele, Kisumu, during his Nyanza tour after which the ODM leader categorically distanced himself from the chaos