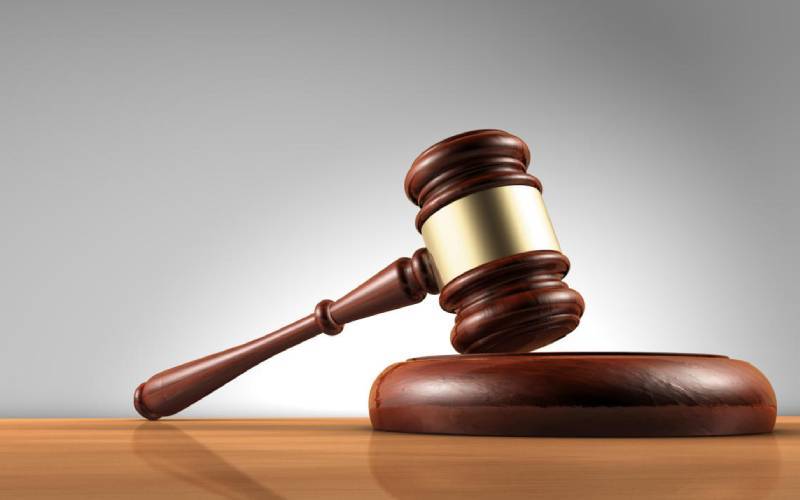 A Kitale court has released businessman Ken Muyundo, on Sh200,000 cash bail after he denied charges of attempted murder.

Muyundo is accused of allegedly shooting and wounding Phanice Chemutai Juma on July 8, 2021, at Kiminini Market in Trans Nzoia County.

This morning, Muyundo pleaded not guilty before Chief Magistrate Julius Ng'ang'a after he was arraigned at the Kitale Law Courts.

Appearing for the suspect, criminal lawyer Cliff Ombeta requested the court to release the accused on bond, citing that his client was unwell and needed to seek medical attention.

He said his victim never intended to cause any harm to Ms Chemutai even as he requested more time for his client to recuperate before the case is brought for mention.

Muyundo had told the police he shot Chemutai on suspicion she was the fugitive cop, Caroline Kangogo, who is being sought in relation to the killing of two men in Nakuru and Thika.

Ombeta expressed optimism that the matter could be solved out of court if given the chance, since his client had clearly indicated that he did not intend to cause any harm.

By Julius Chepkwony | 31 minutes ago