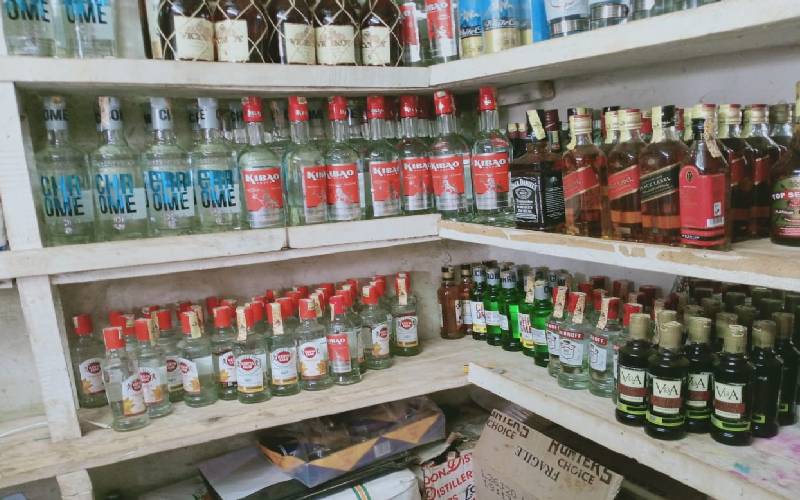 The products which are estimated to have a market value of Sh50 million were seized at Kapsuser and Kabiega areas in Kericho County during an intelligence-led raid.

The raid was conducted after KRA got wind of an illegal plant manufacturing the drinks and a depot in the said area.

Also in operation were a night club, several wines and spirit outlets used to distribute the illicit products.

“Our officers got wind of illegal activities going on here and pounced. They seized the counterfeit products and secured the company as further investigation get underway,” an officer involved in the raid told Standard Digital.

During the raid, a suspect believed to be the wife John Korir, the main suspect who is still at large was arrested.

“Our officers were able to arrest main suspect’s wife Jane Kimutai who is helping with investigations,” said KRA.

KRA investigation team was able to arrest Jane Chemutai who is believed to be the wife of the suspect.

Korir, a former police officer, is reported to have escaped the arrest after getting information that the officers were planning to conduct an operation targeting his illegal plant.

The operation was after locals reported cases of dozens of people dying after consuming illicit alcohol.