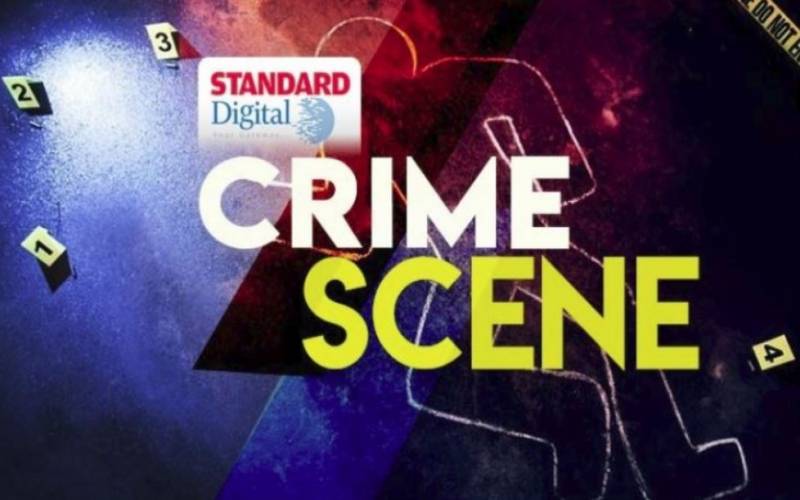 The son of a businessman has joined three relatives in police custody over the death of their patriarch.

The Directorate of Criminal Investigations, in a notice filed on Monday, said detectives were yet to conclude investigations.

Earlier, the detectives had sought to have Kinyanjui’s mother Jacinta Wangari, his brother Victor Mburu and sister Margaret Thairu detained in an application made last Thursday.

Self-confessed serial killer, who allegedly ate his victims’ flesh and drunk their blood

Kinyanjui is being held in connection with the killing of his father Charles Thairu on September 8, 2020.

Corporal Samson Tanui, an officer attached to DCI, said on the night of September 9, 2020, Wangari, Mburu and Thairu went to Mwariki Police Station in Nakuru East Sub-County and reported having found Thairu lying in his motor vehicle on arrival at their home in Ebenezer Estate in Mwariki at around 1930 hours on September 8.

He allegedly had head injuries and there was blood on the car floor.

“They rushed to Mediheal Hospital where the hospital confirmed that the said Charles Thairu had passed away and were referred to Mwariki Police Station and they drove with the said body inside the said motor vehicle,” read the application filed in court. At Mwariki Police Station, the incident was booked under OB. No. 2/9/9/2020 at 0030 hours and the body taken to Nakuru County mortuary. A post-mortem established the cause of death was a blunt force trauma.

The officers at Mwariki Police Station visited the home of the deceased and upon conducting search, they found one of the rooms had blood spatter on the ceiling. The walls had also been washed and were still wet.

The wife and two children were booked while Kinyanjui fled and later surrendered to the police on September 11.

“The respondent (Kinyanjui) later admitted committing the offence and led DCI officers to Ndimu Ndege area in Bahati Sub-County where they recovered items believed to have been used to commit the murder,” read the application.

The detectives said they wanted more days to allow for DNA analysis of the recovered items and forensic examination of Kinyanjui’s phone.

Chief Magistrate Josephat Kalo allowed the officers to detain Kinyanjui for 11 days. The case will be mentioned on September 24 when his mother, sister and brother are also expected in court. [Julius Chepkwony]

Muslim cleric jailed for 10 years for trafficking an underage girl to Lebanon for sex tourism.