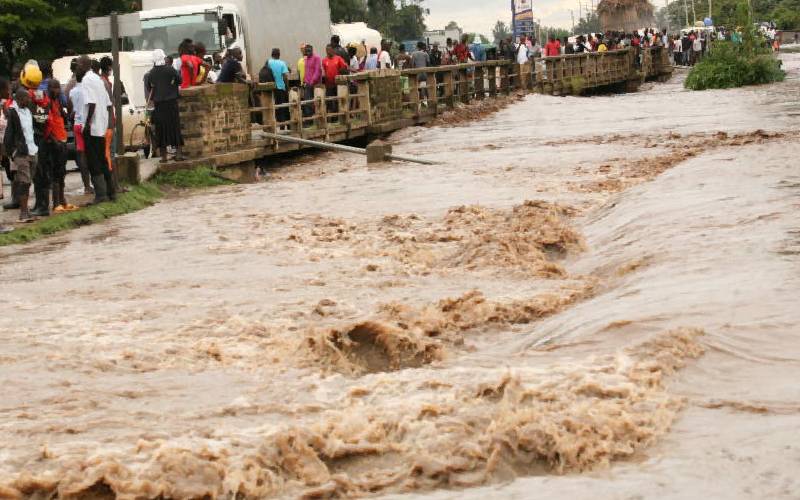 Three police officers drowned and others reported missing after their truck was swept away by water in Baringo county.
Rift Valley Regional police commander Marcus Ochola said the contingent was returning to their base when the incident happened.
The officers are reported to have been crossing a river between Yatia and Chemoe when the lorry was swept away by floodwater.
Five officers managed to swim through.
"My officers were at work when the car got stuck, then from nowhere water swept them but one body has been recovered," Ocholla said.
The rescue mission is ongoing.
Police reports indicate that the officers were coming from Kabarnet town after attending a security meeting towards their camp at Chemoe.
The search and rescue teams on the ground include ASTU Loruk, RDU Kagir and more officers from the ASTU in Chemoe.
More details to follow...

In Kibera, Kenya’s largest slum, hairdressers have created a new style, designed to emulate the prickly appearance of the virus under a microscope.

‘Your husband was mine too’: Aunt and niece in court over Sh100m property
Feedback