Moi’s body arrives at Kabarak ahead of military burial ceremony

The body of former president Daniel Moi left Wilson Airport, Nairobi at around 7.40am and headed to Kabarak airstrip for his final journey.

The body, escorted by family, was driven in a military car from Lee Funeral Home to Wilson Airport and loaded onto a military transport helicopter.

Tens of people started streaming into Kabarak University compound at Moi's Kabarak home as early as 3am where the burial service will take place.

Security was tight with more officers being deployed. 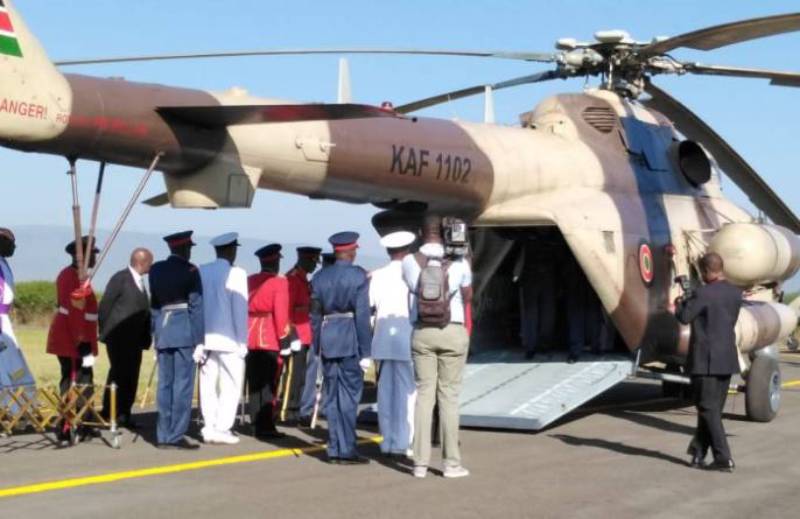 President Uhuru Kenyatta is expected to attend the event.

Those who arrived in the compound were handed a bottle of soda and a loaf of bread. Heavier helpings will be served later.

The former president died on February 4 in Nairobi aged 95.

Heavy commercial vehicles have been kept off the Nairobi-Eldoret Highway.

Police officers were lined up along the highway from Nairobi to Kabarak to enable easy movement of vehicles.

Police said the heavy commercial vehicles will be allowed back on the road at 7pm Wednesday.

The former Head of State will be accorded full military honours, which include conveyance of the body under escort on a gun carriage, accompanied by military musical honours and a 19 gun-salute.

By Edward Kosut 14 hrs ago
At 71, Chelulei could be the oldest elected MCA