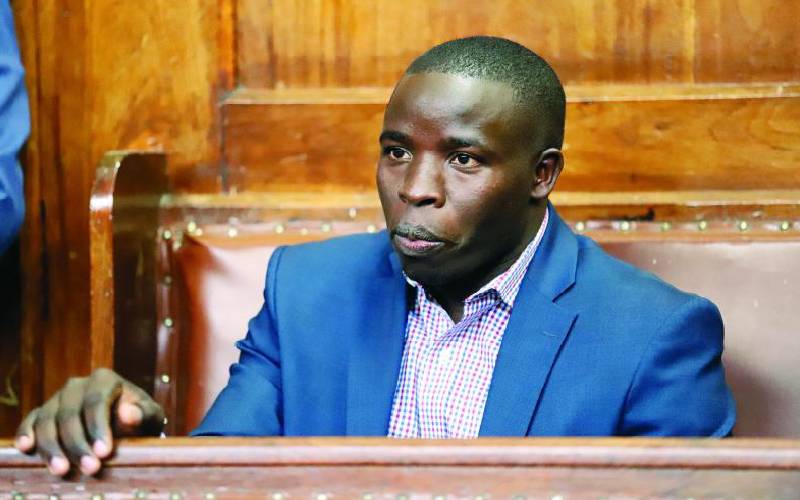 The Nandi County administration has directed all its staff to take leave from work today as President Daniel Moi’s burial takes place.

He said the holiday will enable staff and residents to join Kenyans in celebrating Moi a leader who transformed the country.

“Moi’s interment is a national event and we have many Nandi residents and staff attending the burial ceremony,” Mr Sang said.

“I direct that Wednesday be extended into an off-day to enable staff and residents join other Kenyans in Kabarak or to follow televised proceedings of Moi’s send-off.”

Sang, who was accompanied by Nandi County Commissioner Kutswa Olaka, led residents in signing a condolence book that was opened for the public.

Mr Olaka agreed with Sang that Nandi residents from all the six sub-counties will be travelling to join other Kenyans in celebrating Moi’s life.

He described the former leader as a mentor who developed all sectors of the economy particularly education, health, environment and agriculture.

Sang said Moi had a strong connection with Nandi County, having schooled at the then Government African School, presently Kapsabet Boys High School.

“As a county, we reflect with a lot of gratitude the many development initiatives done by Moi in our region. He developed Nandi while he served as the vice-president and later president. We mourn a leader who particularly transformed the education sector,” stressed Sang.

For years, during Moi's reign, the song was an unquestioned mark of patriotism.

By Kenneth Gachuhi and Nikko Tanui | 4 hours ago