How paradise got lost for dancing moran and missing Belgian lover

For a time he was the village sensation. He was at the centre of an evolving love story that captured the imagination of his fellow villagers in Lonkoben village, some 17 kilometres from Maralal Town, and Manuel Lesoipa loved it.

But ironically Lesoipa died fighting the woman he once loved and had vowed to love to death.

He spent his last days bedridden, his body ravaged by disease until he died in 2017 aged 45, having suffered pain of sickness and appearing in court to challenge his ex-wife’s claim to roperty they had acquired in their marriage.

Even as his life slowly ebbed away from his body, Lesoipa was steadfast in his belief that he was entitled to some of the property he and his European wife Dysseleer Mireille had amassed in the eight years of his marriage.

In court documents from their legal battle over the property, Maralal Senior Resident Magistrate in 2012 said Lesoipa “looked dishevelled and had a blank stare.”

“Apparently, he cannot walk as his legs are paralysed. His speech is slurred and he seemed to have hearing difficulties. I had to repeat almost all the questions.

He was disoriented in time and person. It is my finding that I could not take any statement or evidence from him,” the court noted.

Mireille had filed the case against Lesoipa for the division of the property in 2010 but two years later, it had not been heard due to Lesoipa’s ill-health, which according to medical reports filed as evidence, showed no signs of improvement.

That the tall Samburu dancer would be fighting in court with the Belgian woman was a far cry from events that led to their union.

At 21, young and impressionable, Lesoipa had set off for Mombasa with his skill in traditional dance, a dream of taking on the world and only his shawl on his back and sandals. There he find love in the 35-year-old Mereille from Belgium.

He settled back home in Lonkoben village, some 17 kilometres from Maralal town after their marriage, and became a businessman and a subsistence farmer; but his real pride was in the 1,000 head of cattle he owned.

For eight years, Mireille was enough for him until a yearning for children grew and he wanted to some of his own.

“He wanted children and decided to get a local woman that he could bear them with but his marriage to Dysseleer could not survive that,” Christopher Lolkalepi, a close associate of his family told the Sunday Standard.

One of the properties that came to become the storm of the paradise of love that they inhabited before it all came crashing was ironically called Paradise – a one-storey block in Maralal town that was rented out to businesses.

The contentious properties included three plots in Maralal town, two at Loosuk and Ngweta villages, a Toyota Prado and a lorry. 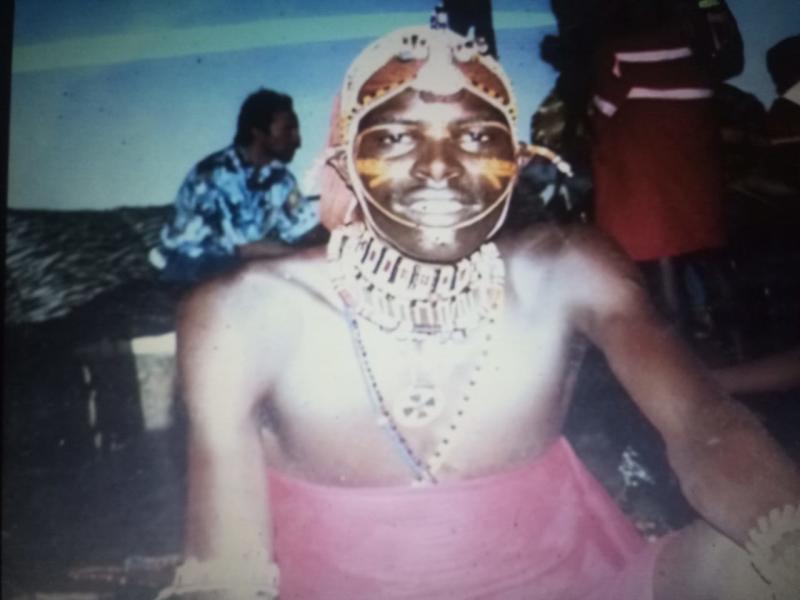 Over time, the couple agreed to let Mireille keep one plot in Maralal Town that had their matrimonial home, Lesoipa would keep the plots in Ngweta and Loosuk as well as the car and lorry. They sold a second plot Malaral Township and shared the proceeds between themselves.

The dispute arose from a plot in Maralal Township that had a shopping complex. Mireille had proposed that it should be sold to allow her recover her initial investment but Lesoipa was against that.

Dust has settled over the property dispute but detectives are now biting their fingernails trying to figure out where Mireille who had relocated from Samburu and established a base in Nakuru could have vanished to.

She was last seen towards the end of last year and her deafening silence has triggered both the police and the Belgium embassy in Nairobi to start looking for answers.

Mireille may have closed her cafe in Mararal town but her former husband’s kin still remember it with nostalgia.

Shadrack said Mireille was matronly and was a huge influence to him as he pursued his secondary school education and uplifted the entire family from poverty level.

Lolkalepi, described Mireille as the best mother, having assisted the family financially and with basic needs.

But the relatives still recalled how they all piled in court in Nyeri to listen to the case Mireille had filed against Lesoipa, and how devastated they felt when she sold everything and migrated from Mararal.

Mexican children take up arms in fight against drug gangs

By Antony Gitonga | 23 hours ago