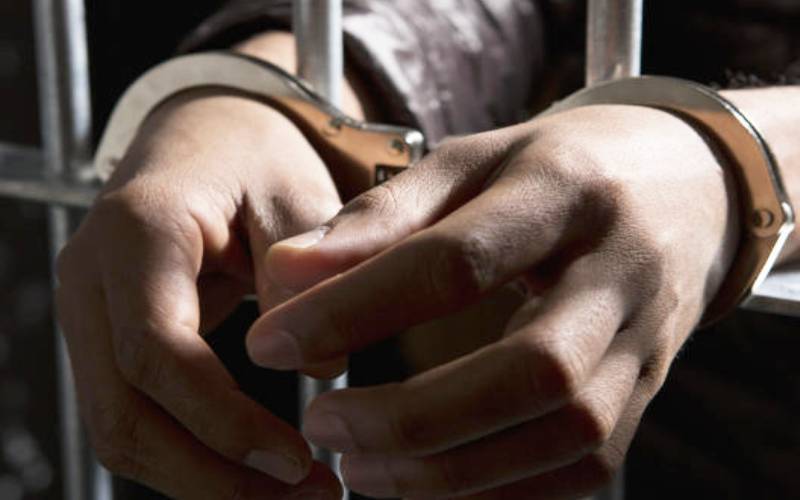 Detectives have arrested a 33-year-old man linked to the murder of a woman whose body was dumped at Timboroa forest. David Njenga, alias Daudi, was flashed out of his hideouts at Makutano area, in Koibatek Sub County. Confirming the arrest, the Rift Valley Regional Criminal Investigating Officer Festus Malinge said Njenga was a wanted suspect in the murder of Joan Wairimu who was killed on December 11, 2016. Wairumu went missing from her business premise in Nakuru town before her body was found dumped at Timboroa forest. Mr Malinge told The Standard in an interview that after committing the heinous act, Njenga went missing. “Investigating officers have been looking for Njenga who has been on the run from the time the murder was reported,” said Malinge. Njenga was arrested on Friday evening and locked at Nakuru Police Station where he is being probed. According to the investigating boss, a forensic analysis that linked Njenga to the crime scene- Timborua forest, where Wairumu’s mutilated body was discovered. Malinge said preliminary investigations reveal that Njenga brutally murdered Wairimu together with his brother Peter Kibe, who was arrested a week after the crime. The two allegedly picked Wairumu in her shop within Nakuru town, killed and dumped her body at the forest. “Investigations have revealed that the suspect together with his brother might have been hired to kill the woman,” said the investigating boss. Malinge said Njenga was mentioned by Kibe, during investigation process, leading to his arrest. Kibe was arrested and arraigned at Nakuru law court where hearing of the murder case is ongoing. The two are facing same charges. “We learnt about Njenga from his brother who reveled they planned the murder together,” he said. Wairimu’s body had visible injuries on the head and bruises on both hands. The body was discovered by locals within the area. Njenga shall be arraigned in court today. “Investigations are ongoing to arraign the suspect in court where he will face charges of murder. We believe he committed the crime with his brother whose case is ongoing,” said Malinge. An investigating officer who requested anonymity said Wairimu was a wife to a CID officer stationed at CID headquarters in Nairobi. Before her brutal murder, they had separated with the officer. “Though cause of the woman’s death is not known, it occurred after she differed with her husband who works at CID offices,” said the investigator. Wairumu was a resident of Kiratina area, Nakuru Town East and owned a business shop within Nakuru town where she was picked by her assailants. The investigator said Njenga is among those who were allegedly hired to kill Wairumu and later dumped her body at the forest.