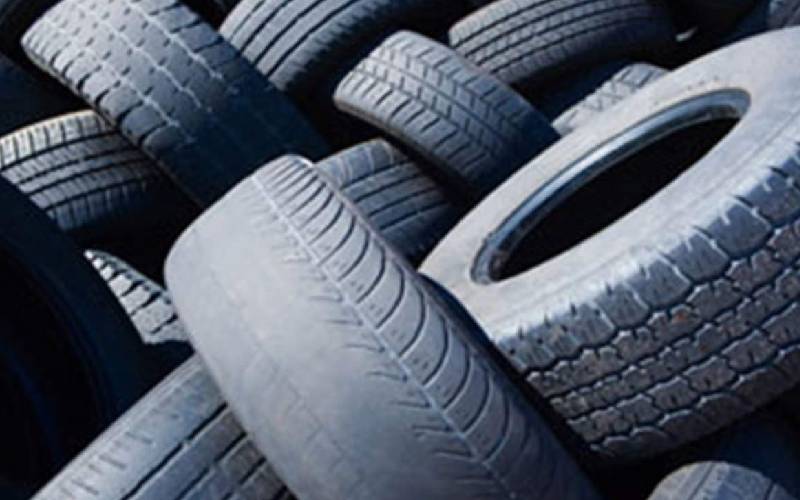 More than 100 county employees are being investigated after new motor vehicle tyres were stolen over the Easter weekend.

The tyres, which were worth about Sh4 million, were under the care of the Department of Roads, Transport and Infrastructure.

Roads Executive Hillary Koech, the department’s Chief Officer Jonah Biwott and Director David Kemei told the media the tyres were stolen from the stores in the early hours of Saturday.

“A security guard attached to the department was alone at work when he was kidnapped by unknown assailants at about midnight and released at 3am Saturday morning. In that period, at least 100 new tyres went missing from the stores,” said Mr Koech.

The stolen tyres were part of a Sh13 million consignment that was bought by the county government last month.

Mr Biwott said they were scheduled to be distributed next week for use by the county’s low-loader lorries as well as for vehicles assigned to administrators, including four-wheel drives.

An unknown number of used tyres were also stolen from the store.

“It took the intruders more than two hours to load all the new and used tyres into the vehicle they were using. We suspect a lorry or two were used to ferry the stolen merchandise because some tyres, which were meant to be used for the low-loader lorry, are large in size,” said Mr Biwott.

Mr Kemei said the head of department had handed over a list of about 100 departmental staff members’ names to police for investigations to establish whether the theft was an inside job.

The transport department is located about one kilometer from Kapsabet in the middle of a residential estate.

Two security officers who were supposed to be on duty on the night of the robbery were arrested on Saturday and have recorded statements at the Nandi Central Police Station.

Police said one guard had stated that he had made an unofficial arrangement to relieve a fellow night guard from work owing to sickness.

“While alone at work, two men who came into the yard at around midnight kidnapped me and bundled me into a saloon car, which was on standby. They used handcuffs to restrain my hands and legs,” he told police.

He added that his kidnappers later released him unharmed at around 3am near Kosirai area.

“I immediately called my supervisor, who rushed to the scene only to find the stores broken into and tyres missing. My supervisor made an official report to the police,” the guard said.

A visit to the crime scene revealed that the storage area lacked security deterrents like a fence, strong doors and closed circuit television cameras.

The intruders easily gained access to the room where the tyres were stored after cutting a single padlock.

Government should get more than just a loan from China

Yet besides the loan that the Government seeks, it behooves the President to get more than just the funds from the Chinese government.