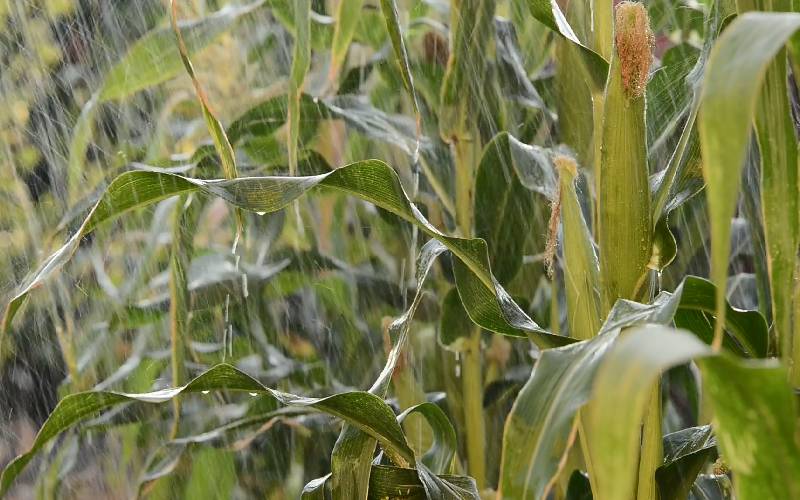 The delayed onset of rains in most agricultural regions in the country has caused panic among farmers.

Farmers said the current dry spell has made it impossible for them to plant on time and that the country stares at reduced food production by the end of the year.

Their concerns come at a time when the meteorological department has warned about delayed rains.

The met also mentioned poor distribution, adding that it is likely to hurt food security.

In the North Rift, most farmers have bought seeds and input, waiting for rains to pound the region.

They made reservations over calls for dry planting, insisting that they are likely to lose millions in the soil if the rains do not come on time.

“We are waiting for rains in earnest and it seems that this year, the onset will affect our overall production. I cannot risk to dry plant yet I know that factors such as the Army Worm," said farmer Michael Kiplagat from Kesses constituency.

He added: “We have always depended on rain fed agriculture. Those who have planted are worried because they have gambled with the weather."

Initially, maize farmers planted their crops by the end of March, but weather variations have forced them to put their plans on hold.

“Farming has continued to be a challenge as years go by. It is compounded by poor prices, weather, diseases and unwillingness by the state to cushion farmers,” said farmer Mark Kibet from Ainabkoi.

From the Met findings, scarcity and lack of pasture for livestock is expected to increase in the northwest and Asal areas where poor rainfall is expected.

Turkana County, which has been facing massive drought, will receive rainfall that will be adequate for pasture regeneration.

Muinda Francis, the county director in charge of Met services, says the government should put in place pro-active measures as drought persists.

Sun Outage to cause TV and radio disruptions