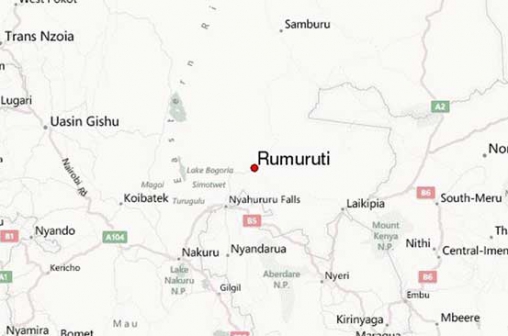 When the High Court in Nyeri nullified a vote by the Laikipia County Assembly to move the county’s headquarters from Nanyuki to Rumuruti, residents may have thought the matter was now behind them.

However, a new battle is about to begin. Last week, members of the county assembly from Laikipia West, where Rumuruti is located, said they would regroup and vote to have the headquarters moved to this region because they could marshal the requisite majority in the assembly.

And to comply with the court ruling, they will involve members of the public in their actions.

Last week, the High Court sitting in Nyeri, termed the decision to move the county headquarters as illegal, citing lack of public participation.

Justice Jairus Ngaah ruled that the petitioners had demonstrated that the county assembly did not seek the public’s view as stipulated by the Constitution.

In a 31-page ruling, Ngaah noted: “I am satisfied that the petitioners have made out a case for a declaration that the Constitution has been contravened in some particular respects and that the resultant resolution of the County Assembly of Laikipia dated February 12, 2014 purported to have been made under the authority of Constitution is in fact inconsistent with and in contravention of that same Constitution and is therefore, null and void”.

The ruling in the case filed by Nanyuki businessman Sammy Ndung’u and five others  has elicited praise and condemnation in equal measure. As expected, residents of Laikipia East which hosts the county headquarters in Nanyuki town, welcomed it.

County TNA chairman Christopher Maitho said too much money had been invested in developing Nanyuki as a hub for commerce and administration, and rebuilding a new area would be expensive.

“It took 100 years to develop Nanyuki town to an administrative centre.  We may need more time to develop Rumuruti to this level. The county government should instead focus on ensuring there is clean piped water in Rumuruti,” he said.

Maitho agrees with the petitioners that moving the headquarters to Rumuruti, whose name is coined from the words ‘remote route’, would subject residents to unnecessary expenses. “It is worth noting that the county headquarters would not have been constructed in Rumuruti town. The intended area is in Karindutura, a remote and dusty area a few kilometres from Rumuruti town,” said Maitho.

But residents of Laikipia West, especially Ol Moran which borders Samburu County, are up in arms. Dan Ndegwa, the Ol Moran MCA, said residents of the area have to travel at least 300 kilometres to get to Nanyuki town.

“A resident of Ol Moran cannot travel to Nanyuki to transact business and get back home on the same day,” he said.

Nanyuki town is perched at the far east corner of the county on the foot of Mt Kenya. It neighbours Nyeri to the south and Meru to the north east. Rumuruti, on the other hand,  is located in the heart of the Laikipia plateau on arid ground at an intersection of roads to Nanyuki and Nyahururu towns.

Ndegwa and Rumuruti MCA Joseph Suge said the county assembly would  review the ruling and consult county residents to meet the constitution threshold of public participation.

“We have the numbers and I am confident we will triumph. With our numerical strength, we will beat them again,” Ndegwa said in reference to the majority vote that MCAs from Laikipia West enjoy in the county assembly.

On accounted of this strength, Laikipia County’s three superior elective positions —governor, senator and woman representative —were secured by leaders from this constituency.

All Laikipia East was left with was the rather ceremonial position of deputy governor.

Riyad Mahrez moved Leicester one step closer to pulling off the most remarkable title success in decades with the only goal in a 1-0 victory at Crystal Palace on Saturday.