By Steve Mkawale | 3mos ago

The United Democratic Alliance (UDA) is grappling with sibling wars that could derail Deputy President William Ruto’s presidential campaigns in the Rift Valley.

It is feared clashing ambitions and egos of leaders supporting the DP’s bid may leave him without a solid voting bloc in his backyard.

Away from the public glare, the fight to control and raise the stakes in UDA is fast spreading to Baringo, Kajiado, Uasin Gishu and Laikipia counties.

In Nakuru County for instance, the political differences Nakuru Senator Susan Kihika and Bahati MP Kimani Ngunjiri, who are close Ruto confidants, is seen as a major threat to UDA unity.

Mr Ngunjiri has turned into a vocal critic of Ms Kihika, whom he accuses of attempting to control party’s activities in the region - in the process rubbing the wrong way other UDA leaders.

Insiders say the Bahati legislator skipped last Monday’s meeting between the Deputy President and UDA candidates in Nakuru County at the DP’s Karen residence in Nairobi.

The following day, Ngunjiri announced he would meet Kikuyu elders, like-minded politicians, and representatives of the Kikuyu community from Uasin Gishu, Narok, Laikipia and Kajiado to deliberate on what he terms “a new political path for the Kikuyu in the diaspora.”

Ngunjiri says Kikuyus in the Rift Valley deserve better treatment than what they were getting from UDA, which he says has failed to address their interests.

“There are about two million Kikuyu votes in this region and we deserve better treatment than what we are getting in UDA. And that is why am meeting those leaders to determine our destiny ahead of the August vote,” Ngunjiri recently told The Standard.

Although he did not expound on the kind of treatment he and his followers were getting from the party, he implied they were being isolated - signaling an imminent fallout with the party.

“The DP has shared government positions with all Kenya Kwanza affiliates but we have a large number of Kikuyus here in the Rift Valley, who have a stake in UDA but nothing to show for it," he said.

He, however, could not give details about the venue of the meeting and when it will be held but said it would involve church leaders and elders from counties in the region that have huge numbers of Kikuyu votes.

Ngunjiri’s recent outburst against Kihika and some individuals in UDA, whom he claimed were frustrating him, and his subsequent declaration that he will be supporting Nakuru Governor Lee Kinyanjui’s re-election, further points to a crisis in the party.

Considering that Bahati MP commands a huge following in the region, having served as the chairman of the Nakuru County MPs forum for the past nine years and as a former Kanu chairman for 10 years, his ability in grassroots mobilization cannot be ignored.

There is talk that Ngunjiri might be on his way to backing the Azimio la Umoja team. “All that he has been doing in the recent past points at someone who is frustrated and may be on his way out of UDA. The courtesy call on Kinyanjui, his outburst against Kihika and the meeting with the ‘Kikuyu in the diaspora’ is a sign that all is not well in UDA,” said Andrew Nyabuto from Nakuru.

The fear of fallout in UDA in the Rift Valley has been further fueled by a statement made by Governor Kinyanjui, who promised his followers on social media to expect a major surprise “in the next few weeks".

Although he belongs to Jubilee Party, Kinyanjui wrote: “To our brothers in the Mt Kenya region, the next few weeks will surprise many. After many years of bravado and chest thumbing, the ship is experiencing serious turbulence.”

He continued: “Politics being a game of interest and personal survival, mass exodus by political actors to align with these beacons is expected.”

“For politicians, you are on your own, the herd mentality is a false comfort that will evaporate way before the Election Day.”

The statement came shortly after his meeting with Ngunjiri at his Milimani office during a courtesy call the MP paid him early in July.

Kinyanjui has been cagey about the planned mass exodus. But Kihika downplays the mass exodus plant as predicted by Kinyanjui and Ngunjiri, maintaining that UDA is intact and that some individuals (who she did not name) have realised that their time in active politics had come to an end hence the drama.

“Those are sideshows. We remain strong in UDA and we will continue to campaign for our party candidates including our presidential choice - William Ruto,” she said.

Kihika, who is a key strategist on Ruto presidential campaign team, refuses to discuss their differences, saying she would rather focus on her campaign and that of the DP.

“I have no time for that. I have better things to do. I am focused on my campaign and that of our presidential candidate,” she said.

The Service Party leader Mwangi Kiunjuri is concerned about the Kenya Kwanza Alliance, which he says has been focusing on campaigning for UDA candidates in the region.

Last week when Ruto toured Laikipia County, he resolved the matter, as UDA aspirants were denied a chance to address crowds in Nyahururu and Nanyuki towns. It was only Igwamiti MCA candidate Irene Wachuka who was given the chance to welcome Ruto.

Other candidates among them former governor Joshua Irungu, who is the UDA flag bearer, Senator John Kinyua who is defending his seat, and Woman Rep candidate Jane Kagiri were only introduced to the crowd.

Nyandarua TSP governorship candidate Mwangi Kirika said it has been unfair to give UDA candidates a chance during such rallies and yet they were coalition partners.

In Baringo, politicians who lost in the UDA primaries are giving the party a headache after they opted to contest for the seats as independents. Former Governor Benjamin Cheboi is facing stiff completion from the incumbent governor Stanley Kiptis and Eldama Ravine MP Moses Lessonet.

Cheboi is flying the UDA ticket, while Kiptis and Lessonet are vying as independent candidates.

Competition is shaping up into a ‘friendly fire’ after the outcome of the April party primaries caused internal conflicts turning friends into foes. 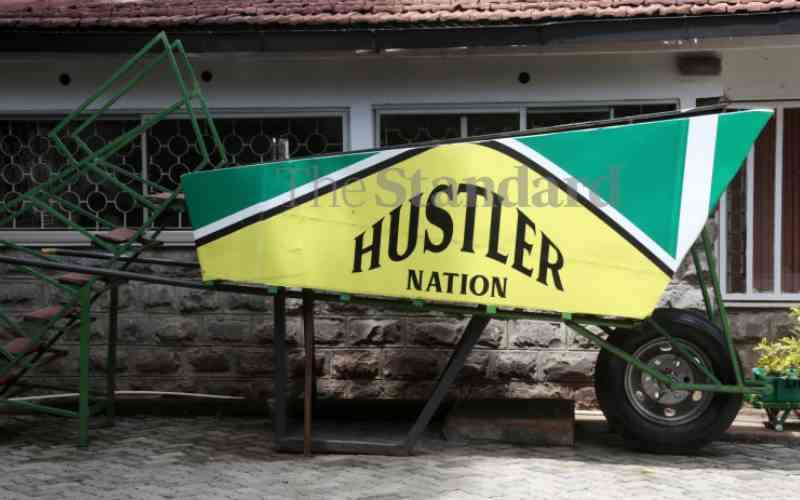 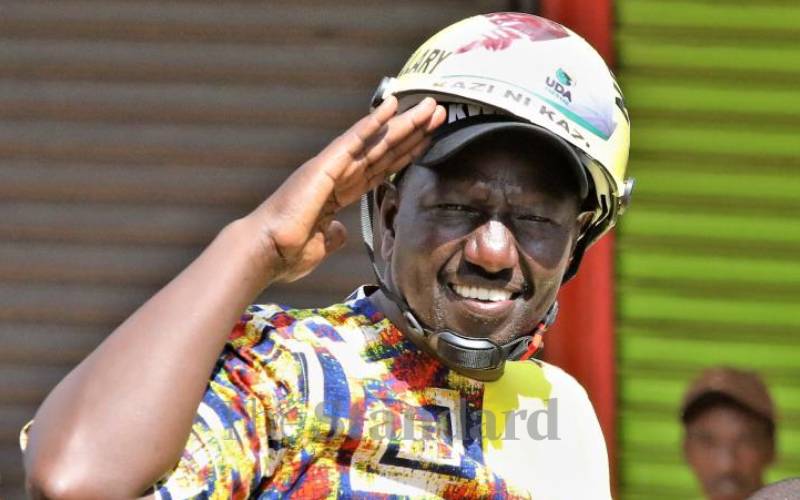 Ruto courts the church to support his presidential bid
Dr William Ruto has pledged to work closely with the church if elected President.
Politics
By Ndungu Gachane
6 months ago 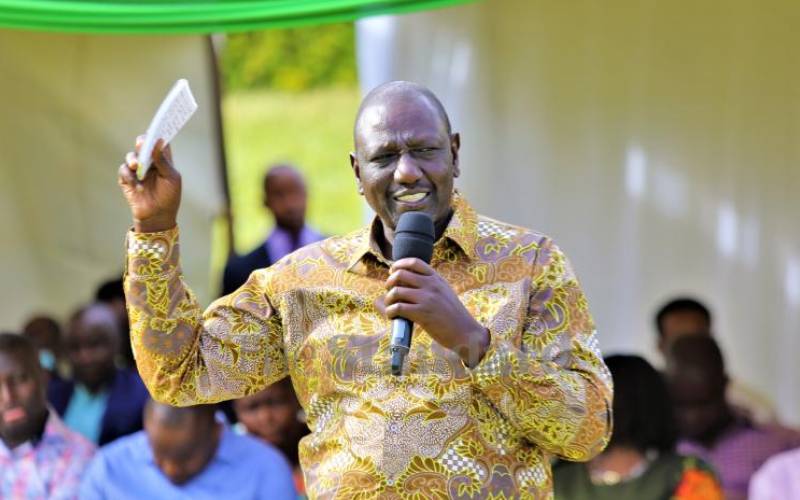 Premium Why Ruto’s UDA should set the pace against ethnic profiling
DP William Ruto has the highest responsibility of ensuring ethnic tolerance stands in the Rift Valley first.
Michael Ndonye
By Michael Ndonye
7 months ago
.

By Ernest Ndunda 1 min ago
World Championship: Malkia Strikers pray for a miracle against Puerto Rico