Mr Musyoka declared that he will be contesting for the presidential seat after his hopes to be Azimio la Umoja presidential candidate Raila Odinga’s running mate were thwarted.

Mr Sunkuli is not a stranger to politics and is a brother to former Internal Security Minister Mr Julius Sunkuli and Youth Affairs Principal Secretary Mr Charles Sunkuli.

He contested for the Narok Senate seat against Julius in 2013, and both lost to former Senator Mr Stephen Ntutu.

He ran a well-oiled campaign for the Narok senate seat in 2013, with close allies saying he spent close to Sh200 million in the contest.

He was preparing to go for the same seat using the Wiper Party ticket after staying away from the election in 2017 due to strategic reasons.

“I am currently busy reactivating my campaign network across the county, which has remained intact ever since. I did not participate in the 2017 General Election for strategic reasons and would like to assure my supporters that I am firmly in the Narok Senate race,” he said recently.

The Mr Kalonzo running mate is married and is a father of two daughters. He is a career educationist having served as a secondary school teacher at Moi High School Kabarak before venturing into private business and later joining elective politics in the 2013 General Election.

The two Sunkulis’ resolve to contest for the Narok Senate seat in 2013 tore their family in the middle, with the same scenario almost repeating itself in this year’s General Election after Andrew and Charles both showed interest in the Narok governor seat.

The two brothers hosted delegations of elders at their rural homes early last year, and were both endorsed for the governorship seat after which a flurry of meetings were held to convince them to reach a consensus to have one of them contest to avoid the 2013 scenario.

Julius, who is the eldest in the family, told The Standard they held a series of meetings with Andrew and Charles and their supporters, where it was eventually agreed that he should go for Kilgoris Constituency seat, Andrew for Narok Senate seat and Charles maintains his job.

“This time round we were determined not to repeat the 2013 mistake in which I contested against my brother. If one of us had gone for the Narok Senate seat, I am assure he could have won rather than the two of us losing and becoming a laughing stock,” said Julius.

The Sunkuli family will feature prominently in the political arena this year, with Andrew now becoming Mr Musyoka’s running mate and Julius putting his best foot forward in efforts to recapture the Kilgoris Constituency seat that he lost to long serving area MP Gideon Konchellah in 2002. 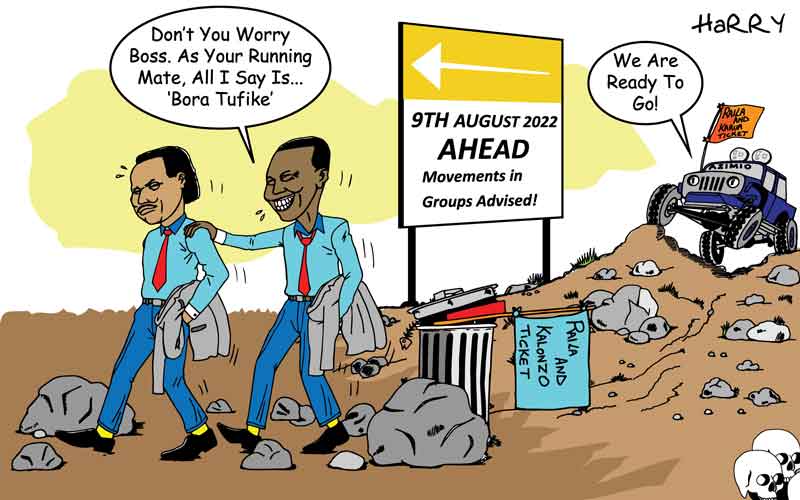