By Phares Mutembei | 8mos ago 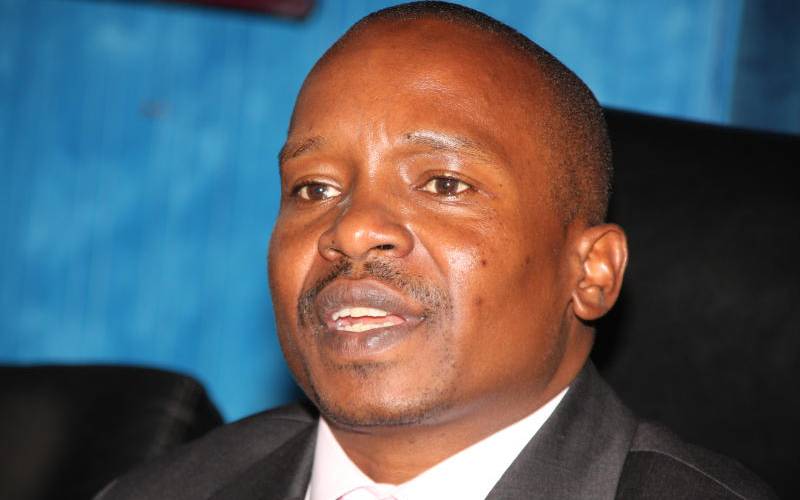 The political career of Tharaka Nithi Senator Kithure Kindiki who shelved his ambition of becoming governor is now uncertain, after Deputy President William Ruto failed to pick him as running mate.

The DP had promised Tharaka Nithi voters that he wanted to work with Prof Kindiki at the national level, making many believe that he was set to be a running mate.

Prof Kindiki is a long-time friend of the DP and was in his defence team at the International Criminal Court when he faced charges against post-election violence.

As early as 2015 when President Uhuru Kenyatta and the DP started the Kumi ya Uhuru, Kumi ya Ruto (10 years for Uhuru, 10 years for Ruto) slogan, during stopovers in Meru, Ruto lieutenants always harped on the fact that they wanted Prof Kindiki considered for running mate.

The fact that the DP had expressed his liking for the senator had made many to believe he was primed for the position.

Now that the chance has gone to someone else, many have been left wondering about his next move. Will he will continue supporting the DP for president and what will his role be in Kenya Kwanza Alliance?

Having shelved his governor ambition in favour of Governor Muthomi Njuki who is seeking a second term, expectations are that Prof Kindiki could be prevailed upon to settle for another position should UDA carry the day.

A Cabinet position in a Ruto government is not to be ruled out, or a position in the National Assembly or Senate.

The senator has contributed immensely to campaigns for Dr Ruto in larger Meru.

Tharaka Nithi leaders and residents had high hopes after word spread that Prof Kindiki, one of the educated leaders in the region, was set to be the running mate.

His political standing in the Mount Kenya East region had grown, a rise credited to Meru Governor Kiraitu Murungi and area MPs who had six years ago propped him up, recognising his leadership and education qualities.

The Njuri Ncheke Council of elders had played a significant role in presenting Prof Kindiki for national leadership, first by installing him as an elder, a move that was echoed by political leaders who endorsed him as Mount Kenya East political spokesman.

The senator’s predicament mirrors that of former Agriculture Cabinet Secretary Mwangi Kiunjuri who in 2017 was asked by President Kenyatta during a public rally in Nanyuki to drop his governor ambitions in Laikipia for a national position.

Three years later, he was sacked in a Cabinet reshuffle.

Senator Mithika Linturi welcomed his appointment by the DP as the coordinator of the larger Meru campaigns.

“I wish to also thank the DP for picking one of our own from the Gema community, my friend, Mathira MP and fellow hustler, Rigathi Gachagua, as the Kenya Kwanza presidential ticket running mate, for keeping your promise of considering the wider Mt Kenya region for the position,” he said.

But Tharaka MP Gitonga Murugara, an ally of Dr Ruto, expressed disappointment that Prof Kindiki was not picked as running mate. Nonetheless he affirmed his support for the DP.

“We the people of Tharaka Nithi reluctantly accept the selection of Rigathi Gachagua as running mate. I know the DP has absolute discretion in this but we the people of Mount Kenya had wholly agreed on Prof Kindiki Kithure hence the feeling that our views were set aside,” said Mr Murugara.

The MP said they expect the senator to occupy another position in the UDA government should it win in the August 9 election.

“I urge the people of Tharaka Nithi and entire Mount Kenya to remain calm. Let us continue to support UDA and Ruto throughout. For it is here our future lies,” Mr Murugara said.

“From the time we started the plan of seeking the leadership of this country, we had agreed that first, the running mate was to come from Mount Kenya because of its (population) size. We struck that agreement. We did not specify from which region in Mount Kenya, as long as he or she came from the region,” said the senator who was accompanied by MPs Kathuri Murungi, Moses Kirima, UDA South Imenti aspirant Mwiti Kathara and other leaders.

Mr Linturi said even though they did not demand any seats such as the running mate to go to any particular individuals they expected leaders from Meru to occupy prime positions in Ruto’s government.

“I am completely satisfied with the choice of Rigathi Gachagua as the running mate. Kenya Kwanza will be stronger than ever,” Mr Mutuga said.

Premium Mudavadi hails his 'earthquake' decision and speech, a year later
Politics
By Jacob Ng’etich
28 mins ago
Former PS Karigithu gets backing for maritime agency's top seat
Business
By Philip Mwakio
2 hrs ago
Is Russia's war in Ukraine a ploy to win over Africa?
Xn Iraki
By XN Iraki
2 hrs ago
What it will take to grow Kenya's key economic sectors
Opinion
By Eng Shammah Kiteme
2 hrs ago
.

By Dennis Onyango 2 hrs ago
Premium Fallen giant: George Magoha, the bold and hands-on scholar who dreaded failure all his life

By Brian Otieno 2 hrs ago
Premium Bully or pushover? Inside Chebukati's six-year tenure at IEBC
.