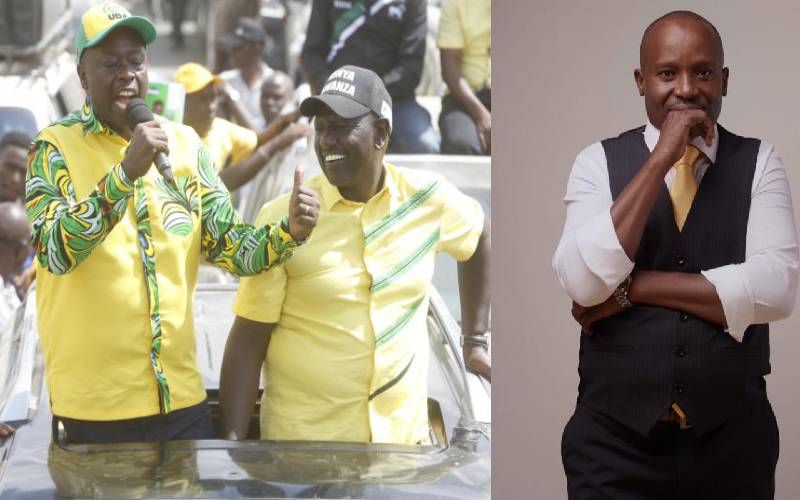 The long wait for a running mate will end today for one side of the political divide, with Deputy President William Ruto announcing his running mate this morning.

By the time of going to press, Mathira MP Rigathi Gachagua was the favourite to cinch the position after last minute changes, resulting from intense lobbying.

Tharaka Nithi Senator Kithure Kindiki was about to be crowned but tables turned when the Kenya Kwanza power-sharing deal was made public, triggering a wave of discontent from among the DP’s allies from Mt Kenya.

The uproar resulted from revelations that 30 per cent of the government had been allocated to Western Kenya, with no mention of what Mt Kenya was to get, despite its loyalty and the expected avalanche of votes.

Highly-placed sources told the Standard on Saturday that Kindiki’s candidacy would have irked the larger Mt Kenya region, given that he hails from Tharaka Nithi County, which accounts for 235,000 voters, according to the latest unratified Independent Electoral and Boundaries Commission figures. The figure translates to 0.4 per cent of the 5.85 million votes from Mt Kenya region.

Gachagua, on the other hand, is from Nyeri County, which has 494,839 votes going by the same figures. He is from the larger Kikuyu Community, which contributes about 4.5 million votes to the entire Mt Kenya region and Mt Kenya diaspora basket.

The DP is expected to make the announcement at his official Karen residence, and both Gachagua and Kindiki were informed of the DP’s choice by 6pm on Thursday.

Gachagua was reportedly selected courtesy of his ability to mobilise voters. He is tasked with ensuring that the interests of the Mt Kenya region will be protected.

He had earlier been left out, reportedly, courtesy of the corruption scandals that have dogged him in the past.

The announcement will end months of speculation that has surrounded Ruto’s choice of a running mate. According to a Kenya Kwanza Alliance coalition agreement, the DP’s United Democratic Alliance (UDA) was to field the presidential and deputy presidential candidates with the understanding that the running mate would come from the Mt Kenya.

“We met yesterday (Thursday) in Karen and agreed to unveil the running mate from this region and we zeroed in on either Rigathi or Kindiki. Let’s hold our horses today,” Murang’a Senator Irungu Kang’ata said yesterday.

​Ruto is said to have gathered intelligence that picking Kindiki would see the Azimio la Umoja One Kenya coalition decampaign him in Mt Kenya.

Gachagua has been instrumental in Ruto's affairs, flanking him during campaign rallies. Sources said he has been brought in as an experienced hand owing to his past as an administrator. He has been tasked with conductiong door to door campaigns in Mt Kenya.

Before tables turned on him, the decision to settle on Kindiki is said to have been based on  the fact that he hails from Mt Kenya East, which has always supported Central Kenya in elections and hence the desire to return the favour.

Kindiki has also been instrumental in the workings of UDA. He drafted the Kenya Kwanza Alliance power-sharing deal and acted as the commissioner of oaths when coalition partners signed up for the deal. He has also accompanied the DP in his various campaign tours countrywide.

The Tharaka Nithi senator, who is not defending his seat, had harboured ambitions of being county governor but dropped them when Ruto asked him to join him at the national level.

He is also loyal to the bone and has stood by Ruto in most trying times, at one time leading his defence at the International Criminal Court.

Raila Odinga’s Azimio la Umoja One Kenya is yet to announce its running mate, and the coalition will possibly be watching the developments within Kenya Kwanza.

For months, both coalitions have appeared to be sizing each other up, watching what the rival camp might do. The wait continues on the Azimio side, which has zeroed in on three nominees to deputise Raila.

The Azimio presidential aspirant’s dominance in Mombasa is facing litmus test. Wiper’s Kalonzo has vowed to wrestle the 1.8 million votes at the region from Raila.