By Phares Mutembei | 9mos ago

Deputy President William Ruto has labeled Raila Odinga as a project of people who are self-seekers and want to protect their interests.

Ruto claimed that the people who are backing Raila's bid for State House were out to create the impression that the battle for the presidency was between him (DP) and President Uhuru Kenyatta.

Speaking at Thimangiri in Meru county yesterday, the DP said this is a wider scheme to set up him against President Kenyatta.

Ruto who was accompanied by ANC leader Musalia Mudavadi, Ford-Kenya's Moses Wetang'ula and other leaders said Kenya Kwanza was determined to win the elections and steer development in the country.

He told residents not to support a president who is being imposed on them.

The DP told Raila to leave the President alone and face his competitors. "You should come and compete with us and leave the president alone," he said and urged residents to vote for UDA MPs and MCAs in the polls. 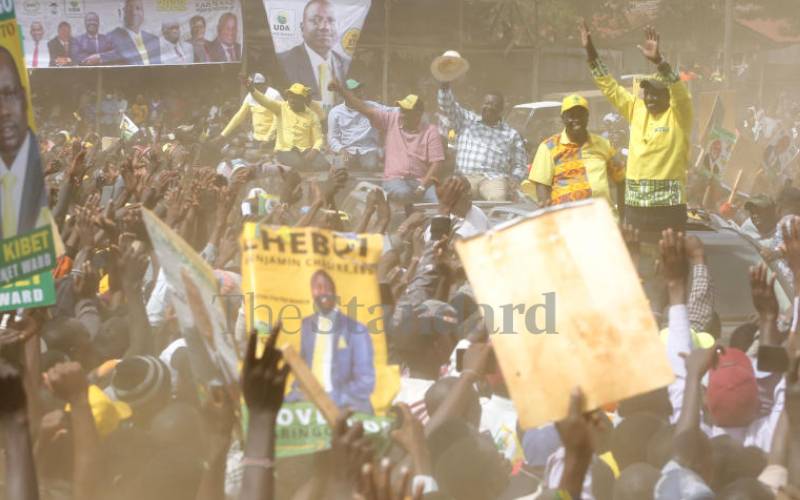 You cannot lecture me about my job, Ruto tells Raila allies
DP says Raila and his allies have nothing to show Kenyans despite joining the government through the handshake.
Politics
By Kennedy Gachuhi By Kennedy Gachuhi
9 months ago 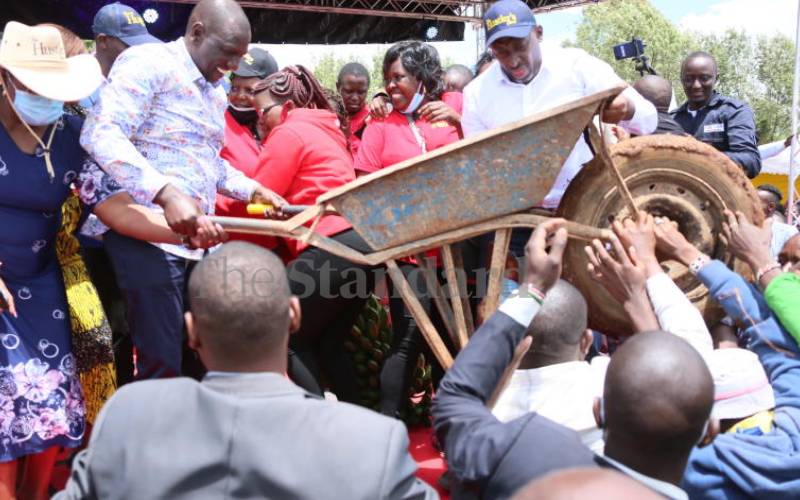 Premium Ruto, Raila allies in battle of wits as race gathers pace
Defections have started, pointing at the making of a two-horse race between Raila Odinga and Ruto.
Politics
By Moses Nyamori
11 months ago 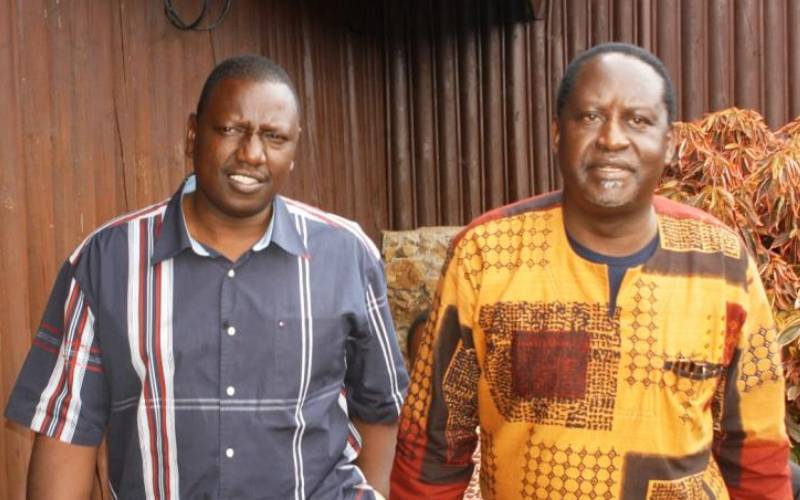 If not managed well, Raila-Ruto camps could unleash violence
President Kenyatta and Raila have made peace, yes. But they have also jointly engaged the country in fresh hostility between their camp and Ruto’s.
Barrack Muluka
By Barrack Muluka
11 months ago
.

By Washington Onyango 2 mins ago
Lessons for Shujaa, Lionesses after improved show in Dubai

By David Oginde 19 mins ago
Premium CBC exam must help us grind the 'golden calf' in our system
.