Raila: We will deliver 20 million Kenyans from yoke of poverty

ODM presidential candidate Raila Odinga has pledged to change the country’s economic outlook and move more than 20 million Kenyans out of poverty. Raila says his social welfare programme will empower youth and that his government will respect and give women equal rights.

He reiterated his last December 10-point declaration at Kasarani and took a swipe at Deputy President William Ruto, asking supporters whether they wanted his economic blueprint that seeks to create jobs or wheelbarrows.

Raila spoke yesterday at the burial of Julia Daraja, mother of Nabii Nabwera at Magara village in Kakamega. Nabwera is Kakamega’s Agriculture and Livestock Production chief officer. He has previously been a consultant for ODM.

Raila arrived at Nabwera’s home at 2:25pm aboard a helicopter that landed a few metres from where the service was being held. His arrival interrupted the service, as excited mourners ran towards the helicopter. Accompanying Raila to the burial were Kakamega Governor Wycliffe Oparanya and Lugari MP Ayub Savula, who recently announced he was joining the Azimio La Umoja movement despite being ANC deputy party leader.

“Raila is the only way to Canaan. The other camp will take us back to Egypt,” Mr Oparanya said, adding: “Let us all give our votes to Raila Odinga. Your MP Ayub Savula saw the light recently and joined Azimio La Umoja”.

Raila arrived from Mombasa, where he had been drumming up support for the movement that brings together like-minded parties in their quest for the presidency in the August polls, before President Uhuru Kenyatta hands over power at the end of his second term.

Raila said he had been a friend of the Nabweras for a long time and gave a brief history of the independence struggle.

Speaker after speaker veered off the core function and delved into politics. The speakers urged those present to cast their votes for Raila in August since he was the most preferred presidential candidate among those who have so far expressed interest. Many gave Raila’s selfless struggle for the second liberation as the reason he should be rewarded with the presidency.

Speaking on the sidelines of the service, ANC nominated MP Godfrey Osotsi said he had decamped to ODM on December 4, at Kidundu stadium in Vihiga, and only announced the move at Bukhungu II on December 31. “In politics, you must have a stand. I will be vying for the Vihiga Senatorial seat on an ODM ticket,” he said.

Mr Osotsi said the Bukhungu II rally was not about barring other presidential candidates from the region. “All presidential aspirants have a constitutional right to visit any part of the country. Nobody has a monopoly to do politics in any one region. However, we have resolved that the western Kenya vote will go to Azimio La Umoja under Raila Odinga”.

“Expect more defections soon. The people of western are telling their leaders to support Raila Odinga. We have the opportunity to win with Raila,” Shinyalu MP Justus Kizito said. 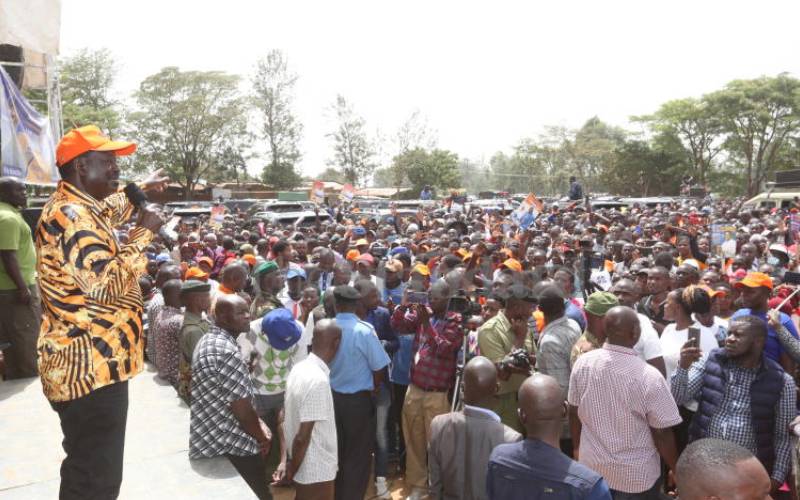 ODM’s delicate balance in picking suitable county bosses in Nyanza
Siaya is a county which the ODM party will want to win in all the seats since it is the home of Mr Odinga, its presidential flag bearer.
Politics
By Eric Abuga
2 months ago 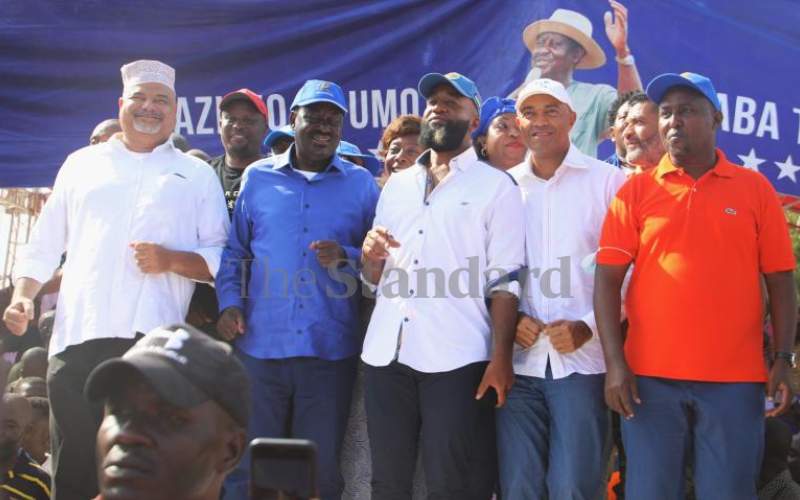 By Kennedy Gachuhi 4 hours ago
Martha Karua to Ruto: Azimo government will protect you