Too many small parties dividing the country along tribal lines 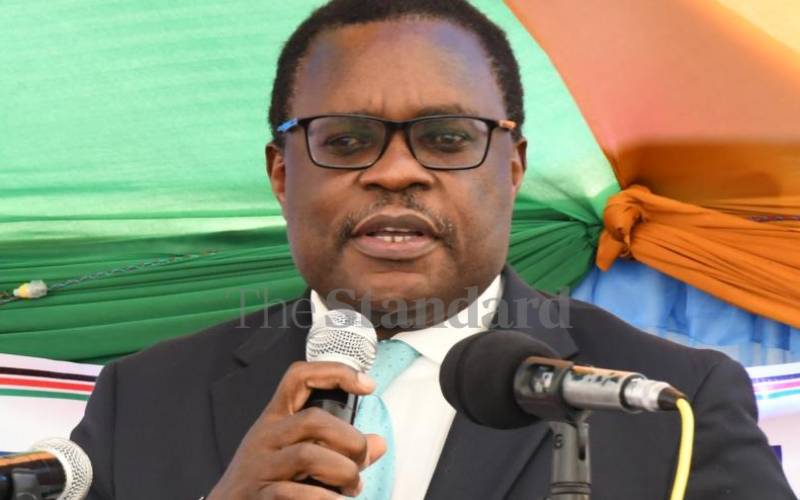 Senate Speaker Kenneth Lusaka (pictured) has cautioned against the formation of more small political parties, noting the move is dividing the country along tribal lines.

Mr Lusaka said although Kenyans had a democratic right to form such political parties, the strategy was no longer working for the good of the country.

“Many political parties are mushrooming up but those forming them do not have the interest of the country and the people at heart. They are after their own selfish interests of auctioning their communities during electioneering,” Lusaka said yesterday at Mapera village in Bungoma County.

He went on: “Everyone seems to be launching his own party. At this rate, we are going to have parties in every village which is not good for the unity of this country."

Lusaka said Kenyans should advocate formation of two or three strong national parties as it is the case in strong democracies like the United States and United Kingdom.

“When we have two or three strong parties, Kenyans will be able to choose where to align themselves,” said Lusaka.

The Senate speaker also called for proper internal democracy within political formations, noting people are coming up with new political outfits over fear of being locked out from contesting due to shambolic party primaries.

Lusaka said there is need for Mulembe Nation to strengthen already existing parties and consolidate the support of Western region to ensure residents vote as a bloc in next year's election.

The Democratic Alliance Party of Kenya (DAP-K) associated with Defence Cabinet Secretary Eugene Wamalwa and Party of Growth and Prosperity (PGP) of Mukhisa Kituyi, a former Cabinet Minister, are the new parties in the region.

Lusaka who has declared interest for Bungoma gubernatorial seat told residents that he would announce his party of choice soon.

Battle of titans: Karua vs Gachagua

When the witty and wiry carry the day in campaigns

By Patrick Beja, Renson Mnyamwezi and Hassan Baris | 10 hours ago