Instead, the party linked to Deputy President William Ruto and his Tangatanga wing now want the matter before the Registrar of Political Parties Ann Nderitu left to the internal mechanisms of the two parties.

The ruling party, through its Secretary-General Raphael Tuju, on Tuesday wrote to Nderitu seeking a dissolution of its pre-election agreement with the Party of Development and Reforms (PDR), the political party that is now UDA.

UDA, in a response to the Registrar, said it was putting its confidence in the disputes arbitration panel of the coalition to determine its fate.

"The relevant organs of the coalition parties shall undergo the appropriate arbitration process to resolve the dispute and update you of the outcome thereof," UDA Secretary-General Veronica Maina, told Nderitu.

Maina said UDA disagreed with Jubilee's move to end the coalition and suggests that the two parties go to arbitration.

"In the meantime, all parliamentarians holding office pursuant to the coalition agreement and in particular, the deputy majority leader Senator Fatuma Dullo, should continue holding office until such a time as the disputes arbitration panel," she said.

Through Tuju, Jubilee listed grievances against its coalition partner, key among them that UDA was undermining Jubilee.

While Jubilee said they wanted to part ways with UDA, Tuju said all members of the dissolved coalition holding leadership positions in the Assemblies shall continue serving as such. Jubilee argues that UDA was a new entity and their relationship had become inhospitable.

They also say UDA has been taken over by Ruto's allies and their 'hustler movement', something Jubilee is at odds with.

"We have found ourselves as strange bedfellows especially with the UDA use of their identity as "hustlers" which has a negative dictionary meaning and connotation," Tuju wrote.

But Tuju said the changes the party has gone through were more than Jubilee had bargained for.

Their attraction to PDR was that the party would give them a leg up in counties in Northern and North Eastern Kenya whose democracy is directed by clans.

Tuju said UDA had become like the Biblical camel which was given a roof to protect itself from the rain but ended up pushing the house owner out.

"Apart from fielding candidates against Jubilee candidates some of their members have continued to refer to Jubilee Party in derogatory terms even in the public domain making it impossible to engage in any coalition-building discourse," said Tuju.

He added that PDR was unrecognisable, from its leadership to symbols and ideology.

"PDR's officials, symbols, and name have metamorphosed beyond recognition in comparison to the PDR we worked with previously," he said.

UDA already has an elected Member of the County Assembly from London Ward in Nakuru County. It also filed candidates in Matungu and Kabuchai by-elections as well as Machakos senatorial race, but lost.

The Judicial Service Commission has appealed against a High Court decision that stopped it from evaluating the candidates for the position of CJ.

Some quarters believe this was aimed at seeking a market for locally made weapons after Kenya recently launched a Sh4 billion small arms factory. 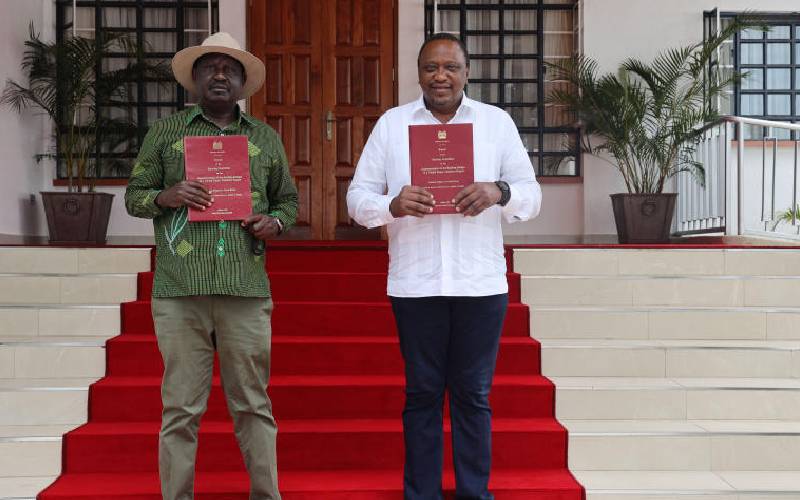 By Jacob Ng'etich | 21 minutes ago