Confusion in ODM over Raila's fate in 2022 State House race

A statement by the party's Secretary-General Edwin Sifuna yesterday said Raila had not applied for the party's ticket, but his remarks sparked outrage, with some top party officials accusing him of going rogue.

Technically, Raila would be out of primaries for the flag bearer race given that the party had said the deadline for expression of interest was Wednesday.

"At the close of the application period, the party received only two applications from governors (Wycliffe) Oparanya and (Hassan) Joho. These will be processed in the usual manner by the National Elections Board," said Sifuna in a statement titled "clarifications on the application for party presidential ticket 2022".

Kakamega Governor Oparanya and his Mombasa counterpart Joho have previously made public their intention to seek the party's ticket for the top seat.

Sifuna's statement yesterday contradicted that of the party National Election Board (NEB) chairperson Prof Catherine Mumma on April 1, indicating that three individuals including Raila had declared interest to be the party's torch bearer.

"The NEB shall scrutinise the three applications, vet the candidates as required by the ODM Elections and Nomination Rules and subsequent thereto announce the next processes and time in accordance with the ODM constitution," read the communication from Mumma.

But, yesterday Sifuna said the statement made by Mumma was a prank based on April 1 Fools Day.

"Politics can be serious business. Politics is serious business every day of the calendar. Except April 1st. We took the liberty of joining in the day's pranks with our communication yesterday knowing well our friends in media and politics would not know better," said Sifuna.

"They came out guns blazing, frothing at the mouth, at an April fool’s misdirection. You need to lighten up, friends. It's never that serious. So here is the position. Raila Odinga did not apply for the party's ticket," he said.

Sifuna said that Raila's long-held position was that he will not discuss 2022 until after the BBI process is done. Yesterday, Mumma also appeared to be at a loss on the matter. She said the procedure is that applications are sent to the secretariat that then inform NEB of the number of applicants.

"We then meet to scrutinise the papers and to carry out the vetting to the next process. The media pressure was so high and I released the statement after I was informed on April 1st early morning that we had three applicants.  I didn’t know the secretariat was pranking. It just means we now have only two applicants," said Mumma.

Mumma said that there was no extension of deadline that had been announced.

She said that NEB procedure is to have the aspirants have a consensus on who will step down for the other or have the National Delegates Council decide for the party.

Multiple sources with the ODM party yesterday said the statement was intended to 'manage the situation' and avoid a fallout in keeping with Raila's commitment to the BBI process.

"It was meant to water down the situation. It was already causing unease that the BBI process is for Raila. He has remained consistent that he will make public his decision after the referendum," said an ODM MP.

Others were more direct in what they thought Sifuna ought to do.

"Let the SG deal with the confusion. He created it, he can handle it," said a top party official.

Both Mbadi and the party's political affairs secretary Opiyo Wandayi had earlier acknowledged and welcomed Raila's candidature, alongside that of Joho and Oparanya, after Mumma made the list public. 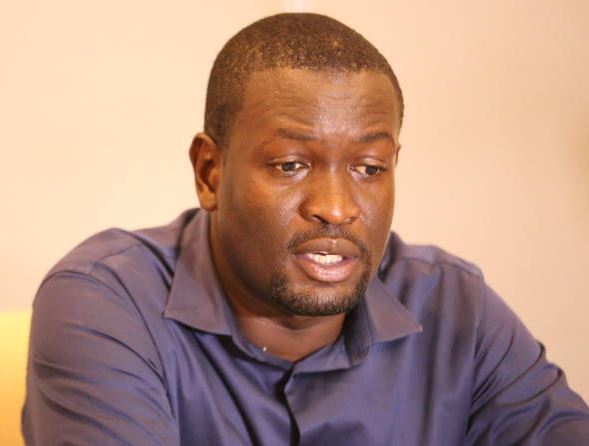 Sifuna's (pictured) statement leaves several questions unanswered, including what this means for Raila given that the party is yet to publicly announce any extension of the March 31 deadline for submission of applications. There are also questions on why it took Sifuna long to clarify the matter and whether his statement means Mbadi and Wandayi, judging by their responses, had also fallen for the 'prank'.

In February, Prof Mumma had disclosed that following a request by some of the interested aspirants, the deadline for submission of applications had been extended to March 31, 2021, from the initial deadline of February 26.

By February 26, only Joho had handed in his papers.

On January 21, 2021, the NEB sent out a notice declaring the commencement of the process of nomination for ODM presidential candidate after the Central Management Committee meeting chaired by Raila.

The Mumma-led board noted that interested persons were required to meet the criteria spelt in both the Constitution of Kenya and ODM constitution and submit their applications not later than February 26, 2021.

Yesterday's developments come at a time the party's top leadership has been speaking at cross-purpose, even with Oparanya saying the BBI process birthed by the Handshake between Raila and President Uhuru Kenyatta was unattainable before 2022.

He instead rallied for the funds to be channelled to the Covid-19 mitigation measures. The sentiments were echoed by Migori Governor Okoth Obado and Busia counterpart Sospeter Ojaamong.

These concerns about the BBI was also echoed by Sifuna while appearing at a local TV station before making a quick aboutturn after Raila's reassurance to his commitment to the referendum.

But this is not the only unease facing the Orange party. A section of ODM MPs last month took strong positions over the Constitution of Kenya (Amendment) Bill, 2020, accusing state officers at Office of the President (OP) at Harambee House of plotting to short-change Raila at the 2022 presidential polls.

Although insiders say Uhuru's late night meeting at Raila's Karen residence was to defuse jitters in BBI, there is growing pressure for the ODM leader to declare his position in the 2022 polls.

"ODM needs to stop playing around with Kenyans' minds. We know ODM is in the process of making Raila their presidential candidate and we’re prepared for him. When your son is of age to marry, you don’t block him by seducing the same girl. It’s time for Musalia to have the presidency now," said ANC deputy party leader Ayub Savula.

The hippo grass, like the water hyacinth, is largely controlled by climate change.

By Special Correspondent | 22 hours ago