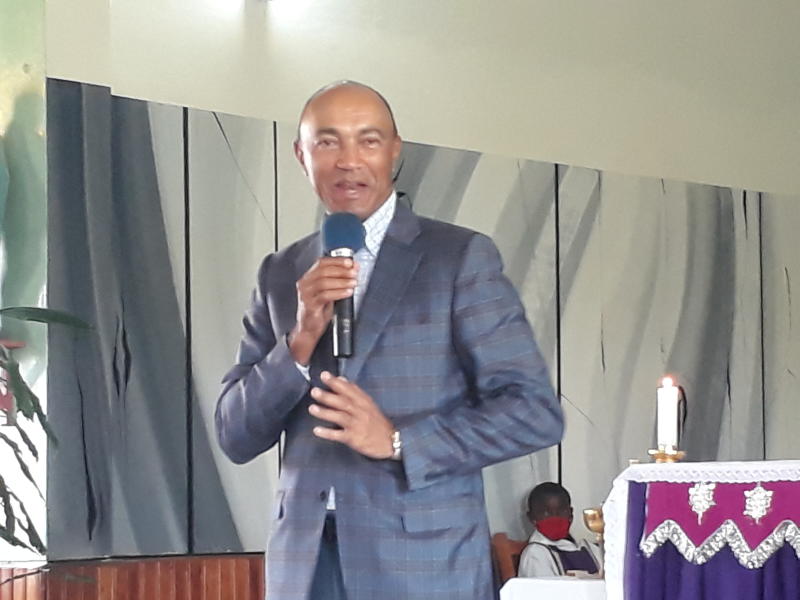 Former Gatanga MP Peter Kenneth (pictured) has said Mt Kenya region has an equal chance of fielding a presidential candidate in 2022 like other regions.

Kenneth, who vied for presidency in 2013, said the region accounts for a substantial amount of votes, and thus should not be limited from fielding a presidential candidate.

Speaking at Kiria-ini Catholic Church in Mathioya, Murang'a, Kenneth said if a candidate from the region was accepted by Kenyans, he should not be blocked from vying for presidency.

While at Kirwara Catholic Church in Gatanga, he popularised the Building Bridges Initiative calling on residents in Mt Kenya region to support the report at the national referendum, as it means good for the country.

Kenneth asked those speaking ill against the BBI report to highlight the clauses they feel undermine the integrity of the country.

He was accompanied by MPs Nduati Ngugi (Gatanga) and Peter Kimari (Mathioya). The two also drummed up support for the report, warning locals against being deceived by those against it.

Kenneth said Mt Kenya region, which has more than eight million voters, should be included at the political negotiation table as part of the strategy in the national leadership.

“There are positions that will be created by the BBI like the prime minister and his deputies, therefore Mt Kenya should not be left out,” said Kenneth.

He asked politicians to be respectful to others and avoid inciting the public on their political platforms.

During the functions, Nduati and Kimari called for Kenneth to be named the Mt Kenya point man as he was experienced.

“Kenneth has been loyal to President Uhuru Kenyatta and he should be in the talks that will chart the way forward for the country,” said Nduati.