Uhuru says BBI will be a game-changer

President Uhuru Kenyatta yesterday rooted for the Building Bridges initiative (BBI), saying it would increase resources devolved to the grassroots.

The president, who was on a tour of Eastlands where he opened the Soweto Level 2 Hospital and a community water project in Kayole, also lauded the Nairobi County Assembly for passing the Constitution of Kenya (Amendment) Bill, 2020, that seeks to change the 2010 Constitution.

Uhuru said that the changes in the Constitution would enable Nairobi, alongside other counties, receive billions of shillings that will help improve services to the people.

Besides the projects in Kayole, Uhuru also opened the new Ushirika Level 2 Hospital in Dandora and a community water supply project implemented by the Nairobi Metropolitan Service (NMS).

"If BBI Bill is passed, you will receive billions that will be a game changer. You will also have more constituencies and more bursaries and closer representation, all this is because I care for the common man," said President Kenyatta.

The Head of State said his handshake with Orange Democratic Movement (ODM) party leader Raila Odinga had calmed the country and ensured that people live together in unity.

Unlike his earlier tour of Westlands Constituency last week, where an angry president asked his Deputy President William Ruto to quit government, a reconciliatory tone underpinned his speeches in Soweto, Kayole, and Dandora yesterday.

The new Soweto and Ushirika Level 2 hospitals are part of 24 similar facilities being developed by NMS across the Nairobi metropolis. 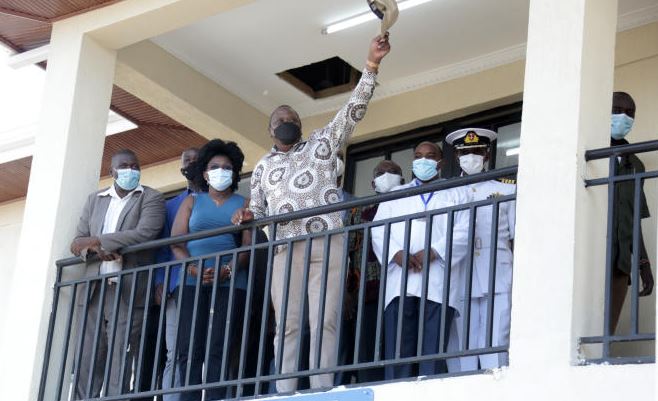 The president also announced that the Government will extend the Kazi Kwa Vijana programme across the country to ensure that youth can get an income.

During the launch of the Athi Water Works Development's community water projects in Dandora and Soweto, Uhuru observed this will ensure people live a quality life in the city.

"With this health facility near you, you will no longer walk several kilometres to seek treatment including women in labour. We are also putting water points in the area so that people have clean drinking water in their neighbourhoods," said Uhuru.