Endorsed by Uhuru? Not me, says Mudavadi

Amani National Congress (ANC) leader Musalia Mudavadi has denied he has the endorsement of President Uhuru Kenyatta to be his successor in 2022.

In a breakfast interview with Kameme FM, the former Vice President said getting the endorsement of a sitting president comes with its baggage including being seen as being imposed on the will of the voters.

"I think it is for this reason that Uhuru has revoked the earlier talk of him serving 10 years and his deputy William Ruto another 10. He realised the harm that a president being seen as imposing a person can cause a candidate," said Mudavadi.

A lot of opinion has lately connected Uhuru’s remarks at Mama Hannah Mudavadi's burial at Mululu, Vihiga County a few weeks ago to an endorsement for Musalia's 2022 run.

Mudavadi's allies such as ANC deputy party leader Ayub Savula have also been popularising the theory but their party leader said the next Kenyan president will come from the will of the voters and not endorsements.

Mudavadi however supported Uhuru's remarks at his mother's burial that other Kenyan communities other than Kikuyu and Kalenjin should be given an opportunity to produce the president.

"The president has a platform to receive diverse views and opinions from so many people and this is an important debate he has started because all Kenyans should be equal and nobody chose where to be born," he said.

He also dismissed as a non-issue that Western Kenya vote was deeply divided with at least two other leaders from the area - former minister and Secretary General of the United Nations Conference on Trade and Development (UNCTAD) Dr Mukhisa Kituyi and Ford-Kenya leader Moses Wetangula - believed to be interested in the presidency.

"We should not forget that in 2013, Uhuru was running against Martha Karua, Peter Kenneth and Paul Muite among other leaders from his area. The Mt Kenya voters put their trust in the president as best to carry their aspirations. Voters from Western also have an ability to know who best represents their interests," said Mudavadi.

He also exuded confidence that his party would clinch the Kabuchai and Matungu parliamentary seats in by-elections set for March.

"People should not think that the tricks they played in Msambweni will apply in Western Kenya. The issues there are completely different," he added. 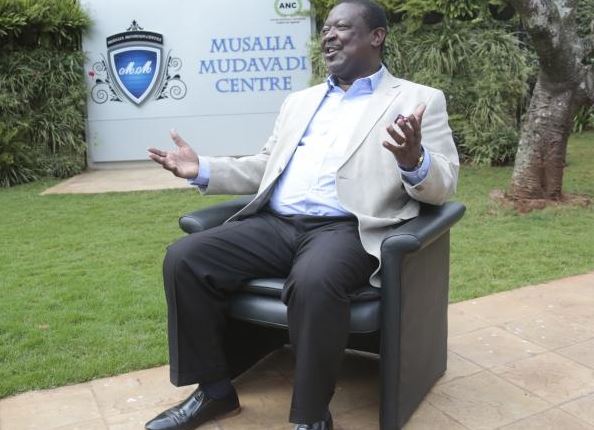 Calling for a quick referendum vote on the Building Bridges Initiative (BBI), Mudavadi (pictured) said Uhuru and opposition leader Raila Odinga should be commended for listening to rivals and cultivating consensus on the constitutional reform movement.

"We and Deputy President William Ruto were among those who called for various amendments such as depolitisation of the electoral commission and the judiciary ombudsman office, strengthening Senate to ring fence devolution e.t.c and all this has been incorporated in the final BBI bills. Why then would you continue opposing?" he posed.

He said the BBI process had reached a critical stage and like a ripe boil on the skin it needed just a final squeeze to heal.

The ANC leader urged Ruto to resign from his position saying he can’t disown a government he is part of without offering his resignation in the fashion of first vice president Jaramogi Odinga Oginga in 1966 and his successor Joseph Murumbi months later.

"Let us face facts as Kenyans. We are suffering as a nation because of Jubilee policies. Ruto can’t be our savior. He is just being mischievous," he said.

The former Finance minister said he was happy that the government had started to heed his call for debt rescheduling and scaling down of new borrowing and non-essential projects in the hard times cause by a depressed economy and the ravages of Covid-19.

He urged Kenyans and all MPs to support Public Debt Management Authority Bill sponsored by ANC legislator Sakwa Bunyasia (Nambale) that will establish a structure to advice future governments on managing national debt. 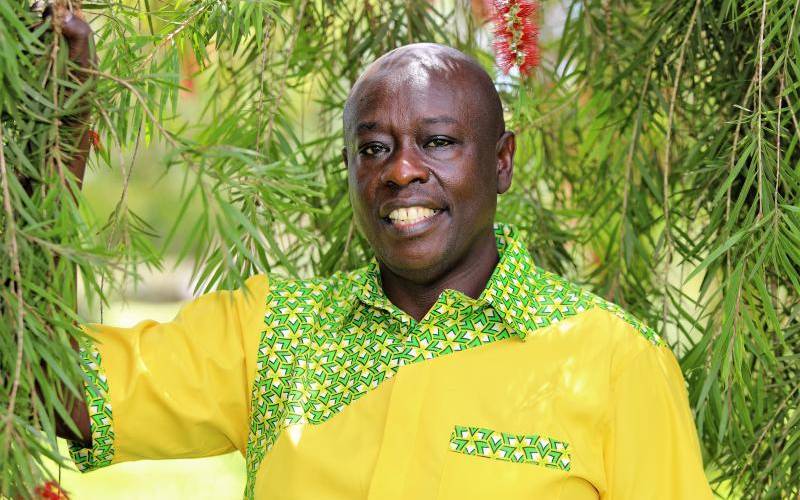