Irony of Tuju party now in the DP's hands

Politics is a complex game. So unpredictable is the game that today's archrivals could be the greatest allies tomorrow and vice versa.

However, despite this complexity, nobody really expected that Jubilee Secretary General Raphael Tuju's former political party would fall right into the hands of people who have accused him of frustrating them, and could easily be used to run him out of town in the 2022 elections.

It has emerged that Party of Action (POA) started and built by Tuju is what changed its name to Party for Development and Reforms (PDR), then to United Democratic Alliance (UDA), which is now associated with Deputy President William Ruto.

The irony is that Ruto and his allies have hitherto accused Tuju and Jubilee Vice Chair David Murathe of locking them out of the ruling party's headquarters in Pangani, Nairobi, and now the former are seemingly seeking refuge in Tuju's creation, so to speak.

Early last year, Ruto's allies accused Tuju of being an outsider in JP who cannot purport to rein in perceived defiant members, even threatening to halt their subscriptions to the party.

As result, some of the DP's loyalists were kicked out of their parliamentary leadership slots and replaced by President Uhuru Kenyatta’s men and women.

But now there are all indications that the DP and his team could soon be trooping to the new party led by former Machakos Senator Johnstone Muthama, who abandoned Wiper Democratic Movement, and former Kakamega Senator Boni Khalwale as his deputy. The two officials are close allies of the DP.

Muthama, while announcing the birth of UDA, said they will have a major announcement on January 7.

They are reported to be eyeing the upcoming by-elections for Nairobi governor and Matungu and Kabuchai parliamentary positions.

In fact, a DP's ally on Friday told the Sunday Standard that UDA will field a candidate for the city governor's race.

Dr Khalwale said, “I have learnt that in life things change and I was taught to be aware of the change. That if you don’t change with change, the change will change you.”

Yesterday, Tuju confirmed that the party had changed hands after he resigned as an official when he formally joined Jubilee Party and all officials changed.

When 13 parties dissolved to form Jubilee in 2017, POA was not among them. The outfit only changed names at the Registrar of Political Parties and became an affiliate of the ruling party. So when Tuju was picked as the Jubilee secretary-general, he had to resign from POA.

“It is true that PDR is POA. When I joined JP and resigned from POA, it was too late to do the paperwork and be legally compliant with the Political Parties Act, and therefore it was impossible to dissolve it,” said Tuju.

“When we had party primary disputes in North Eastern region and there were fights within the party, we had to step off. There were clan fights, with leaders threatening to break off because some aspirants who lost were stronger than those who clinched the JP ticket.”

Tuju said to avoid a fallout in the region, and because they could not tell JP candidates to stand down, they allowed the losers to contest on PDR but support Uhuru’s presidential bid.

“When I resigned we changed the entire leadership team and therefore PDR had new officials,” he said.

Tuju said UDA is still an affiliate of JP and has MPs and MCAs.

Kositany recently questioned why UDA was creating concerns yet there are many political parties in the country.

“There are many political parties in Kenya, why has this one caused a major discussion? It’s just a change of name and symbol, ama namna gani my friend? PDR is a Jubilee affiliate,” he tweeted.

“Form in,” tweeted Kihika while Cherargei affirmed that Ruto's journey to State House is unstoppable even if it will be on the UDA ticket.

Kihika was de-whipped as Senate Majority Whip and replaced with Murang'a Senator Irungu Kang'ata, while Cherargei was replaced as Justice and Legal Affairs Committee chair by his Nyamira counterpart Okong'o Omogeni of ODM.

Yesterday, Kimilili MP Didmus Baraza said the party is already in operation and has officials.

“We are like a giraffe. We are seeing far, what we see while seated some cannot see while standing. We are aware of the plans by the likes of Tuju and others to lock us out of JP,” said Baraza.

“As Hustlers, we have suffered a lot because of our ruling party. We have been disenfranchised by the current leadership.” 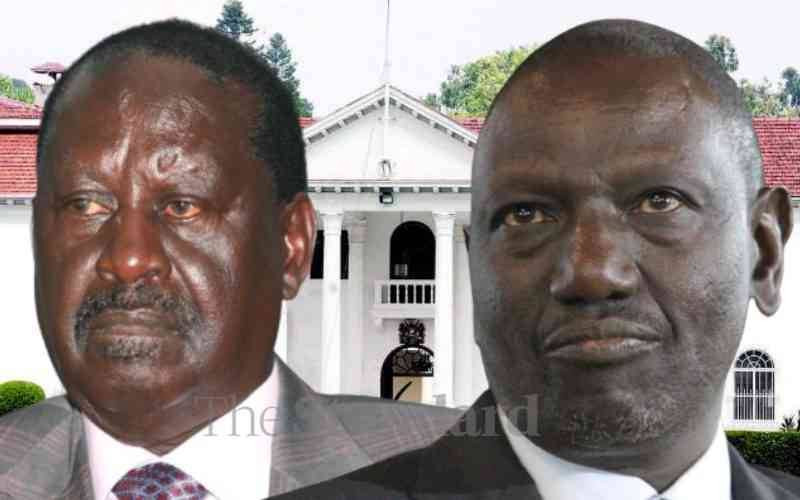