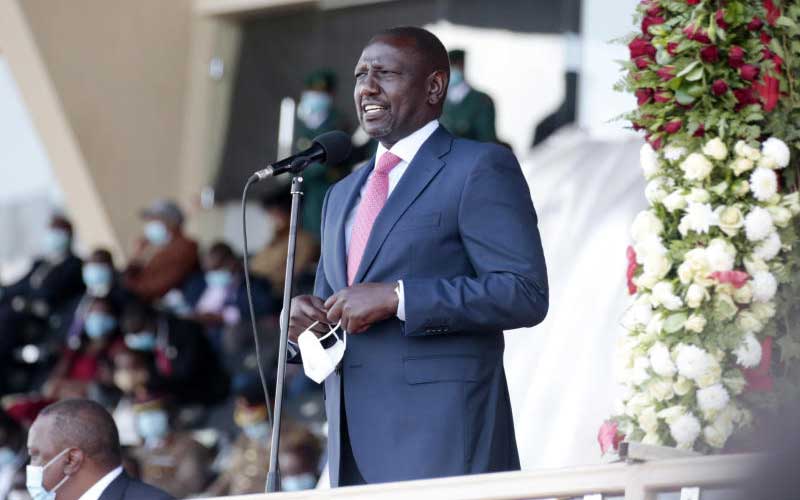 The biggest hint yet that Deputy President William Ruto (pictured) may not use Jubilee Party in the 2022 race emerged yesterday after a political outfit allied to him gave notice of re-branding.

The party was also seeking to change its symbol from a bull to a wheelbarrow, according to the changes in the gazette notice of Number 11254, issue no 237 of December 28.

The word ‘wheelbarrow’ became a sensational political tool and statement after the deputy president distributed it to youths alongside other items.

“In exercise of the powers conferred by section 20(i) of the Political Parties Act, the Registrar of Political Parties gives notice that the Party for Reforms and Development (PDR) intends to effect changes on their particulars...read the gazette Notice.

The re-branding of PDR could be seen as Ruto’s strategy to begin forming a party for his first presidential bid.

Ruto and his allies have had run-ins with Jubilee Party and currently have a case at the Political Parties Tribunal over the appointment of the powerful National Management Committee they protested was done improperly.

The changes that were occasioned in March threw the party into a whirlpool, escalating a fallout that had begun immediately after elections.

Ruto’s allies have accused President Uhuru Kenyatta’s confidants in the party, including its vice chairman David Murathe and Secretary Genera Raphael Tuju, of making unilateral decisions on behalf of the party without consultation. Ironically, the party was established as Party of Action (POA) in February 2012 by Tuju before Ruto took it over.

In 2017, PDR endorsed incumbent Uhuru Kenyatta and also won four seats in the National Assembly and one in the Senate.

Before settling on UDA, there are about five political parties said to be winking at Ruto and are ready to offer him a running platform should his stay in Jubilee become untenable.

BBI tops Raila agenda in 2021 as next election draws closer

ODM party chief will be hoping that referendum is done and dusted by April next year.

By Kennedy Gachuhi and Julius Chepkwony | 2 hours ago