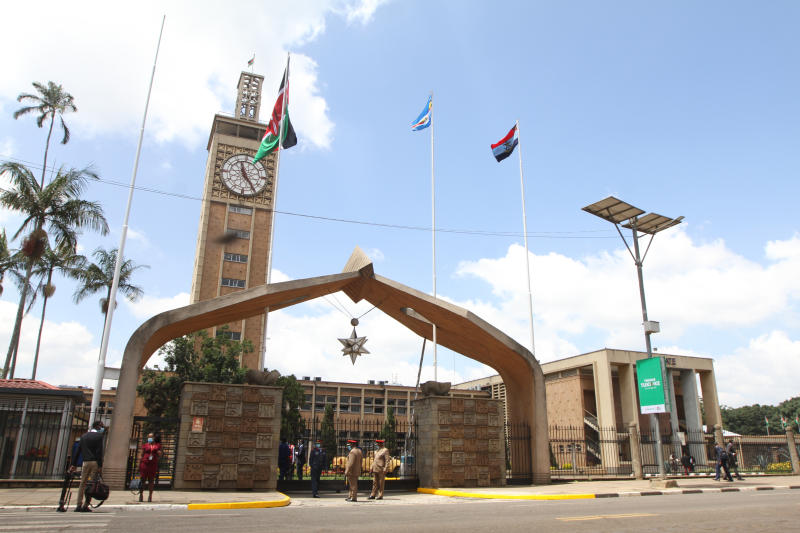 A watchdog report has indicted the Jubilee Party and the National Super Alliance (Nasa) partners over unfilled campaign pledges.

The report by Mzalendo Trust Watch is titled “From Promises to Implementation: A Review of the 2017 Political Parties Manifestos and the Impact on the Legislative Agenda.” It paints a dismal picture of the 2017 campaign promises by party leaders, which remain unfulfilled or are abandoned after the vote.

Jubilee Party (JP), which brought to power President Uhuru Kenyatta and his deputy William Ruto, and Nasa, whose flag bearer was ODM leader Raila Odinga, boast of ‘tyranny of numbers’ in Parliament.

But the watchdog says this has not translated into the passage of laws to actualise pre-election promises like gender parity, youth empowerment and fighting corruption.

The study sought to examine the extent to which political parties influence Parliament with regards to the 2017 elections in legislative agendas and policies.

The survey data demonstrates that there is a significant correlation between the level of parliamentary engagement with a particular campaign issue, and the people’s perceptions on its implementation.

This is pegged on three key areas: promotion of inclusivity and equity, good governance and devolution.

According to the survey, none of the constitutional provisions registered the highest score of ‘significantly achieved’, with good governance scoring the worst in Parliament’s legislative agenda.

Sadly, the findings depict party manifestos in Kenya as largely boardroom affairs where majority of party members, including elected representatives, are neither socialised in the ideals nor conversant with the contents.

“Notwithstanding the ‘tyranny of numbers’, JP faced a momentous task in implementing many of the promises in its 2017 manifesto, whether it was on developmental outcomes or outright promotion of the constitutional principles of inclusion and equality, good governance and devolution,” the report states.

In the Senate, Jubilee and its affiliates won 28 seats while Nasa garnered 19, after which they nominated 11 and nine women representatives, respectively. This translates to Jubilee’s dominance in the Senate with 58.5 per cent, followed by Nasa’s 42 per cent.

In the National Assembly, Jubilee and its affiliates secured approximately 193 seats while Nasa had 129.

The independents won 15 seats, while other parties had 12 seats and they oscillated between supporting Jubilee and Nasa.

“It is thus clear that the JP administration is yet to implement most of the promises in its 2017 manifesto despite having a clear majority in Parliament,” the report observes.

The watchdog found that Jubilee had a 76-page manifesto that many of its supporters had no access to.

“Whereas many other factors (such as vested interests and lack of political goodwill) can explain the JP’s underperformance, the party’s legislative agenda is being driven by the Executive’s priorities, as opposed to an exhaustive exploration of the ideas in the 2017 JP manifesto,” the report states.

It adds: “Although the Jubilee administration created the position of a Cabinet Secretary without portfolio to ostensibly link the party manifesto with government agenda, there has been very little motion thus far towards these ends.”

The report notes that Jubilee’s omission of the manifesto can partly be attributed to changes in government priorities and occasional individual members’ interests.

“At elections, the JP’s leadership framed its priority areas as the ‘Big Four’ agenda comprising: enhancing manufacturing, food security and nutrition, universal health coverage, and affordable housing as part of its transformational project,” states the report.

Nasa has also not managed to translate its relative legislative strength into action thus failing to actualise its campaign promises.

The report notes that given its failure to capture power in the 2017 elections, the coalition faced the dilemma of how to implement the promises in its manifesto.

“This predicament was partly attributed to Kenya’s presidential system of governance, which prioritises government legislation. Additionally, the 2010 Constitution has no place for a shadow Opposition Cabinet under which the Nasa coalition would have advocated for the issues in their 2017 manifesto.”

“Political parties consider manifestos as mere campaign tools. In the words of Ford-Kenya national youth leader Bernard Wakoli, “manifestos are treated as scripts of theatre performance ... with no frameworks for implementation after elections are over.”

The report also quotes a political commentator who observed that “most manifestos are never designed to be a commitment but are flavoured to win voters and are often open-ended promises.”

But the most telling metaphor is attributed to a Jubilee MP who said: “If parties are special purpose matatus, then manifestos are the music that attracts you into the matatu for a good political ride.”

By Jacob Ngetich and Moses Nyamori | 12 hours ago