The duo claimed the President was out of control, bullish and that he had even stripped his deputy William Ruto of constitutional duties.

They added that the President had scared the Speakers of National Assembly and the Senate into submission and now controls both Houses.

“Under Uhuru, the economy has gone to the dogs,” said Muthama, calling upon locals to persevere and wait for Ruto's vibrant economy.

Muthama asked the President not to cling on power whilst Dr Khalwale slammed him for holding the Chief Justice in contempt.

Khalwale said the president's mistreatment of his deputy was the reason the DP skipped the recent Covid-19 conference. “The President is trying to suppress the Judiciary and thus not keen to heed to the CJ's advisory to dissolve Parliament," said Khalwale.

The duo popularised the 'Hustler' movement, urging locals to rally behind Ruto's 2022 bid.

By John Shilitsa | 4 minutes ago

By Patrick Beja | 4 minutes ago

By Roseline Obala and Steve Mkawale | 4 minutes ago

Mt Kenya governors planning for ‘super alliance’ to back Raila 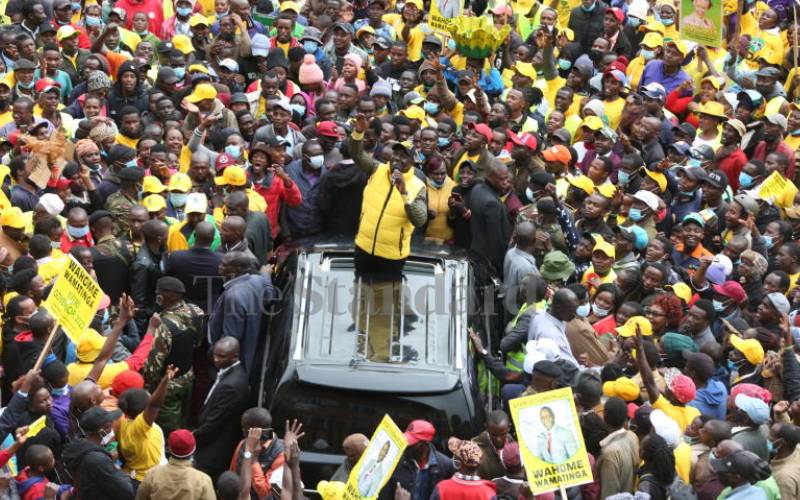 By Ndungu Gachane | 4 minutes ago