MP Oscar Sudi: I will not apologise

POLITICS
By Emmanuel Too | September 9th 2020 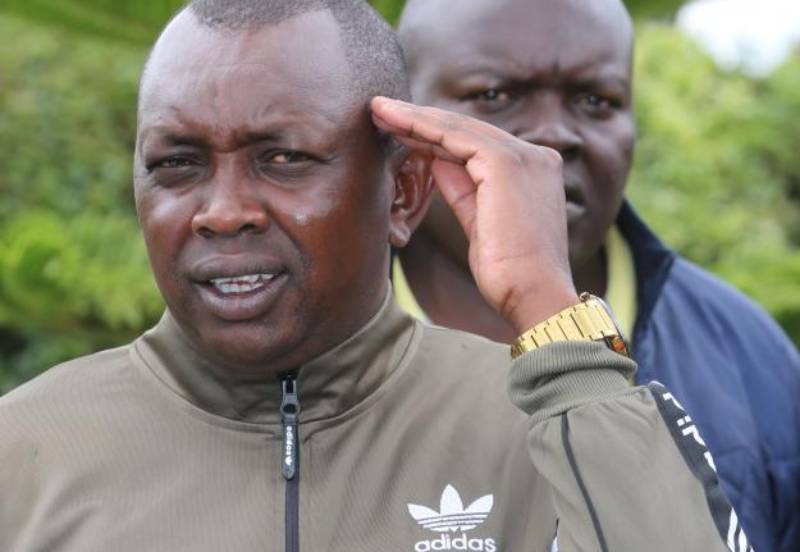 Kapseret Member of Parliament Oscar Sudi (pictured) has stood his ground saying he will not apologise for his sentiments that have been labeled inflammatory, against the Kenyatta family.

While speaking to the media, the vocal MP said his remarks were the truth and not aimed at inciting anyone.

“I was very surprised to see so many women agitated that I referred to women’s breasts, it is even in the bible, that was not an insult, I will apologise once people show me where I went wrong,” he stated.

The controversial legislator also dismissed statements that he was speaking on behalf of the Deputy President William Ruto, adding that he speaks out his mind.

"I have my own opinions about anything in the country. Those saying I speak for DP Ruto should know that I have my own understanding and I don't need to talk on anyone's behalf," he added.

Sudi also turned his guns on the Orange Democratic Movement (ODM) leader Raila Odinga, and the Jubilee Party Vice chair David Murathe for having not been mentioned despite their utterances against DP Ruto.

"Why are we not seeing the police chasing Murathe and Raila Odinga, we need to be fair in this country. Why didn't Raila Odinga speak when Gladys Wanga and Babu Owino insult the President? " posed Sudi.

The MP had caused an uproar on social media, after he made some irritative comments about the president, his father and Mama Ngina Kenyatta.

Yesterday, Suna East MP Junet Mohammed said that Kapseret MP Oscar Sudi was making his utterances at the behest of the DP.

“I want to ask the DP to spare this country the politics of war and violence. It is dishonest and old school for the DP to send his people to insult other leaders, including the president, then pretend to be telling them to stop. You cannot abuse other leaders to gain power,” Junet said.

Duale mocks Raila, Kalonzo union, says why it will flop in 2022

By Allan Mungai | 18 hours ago