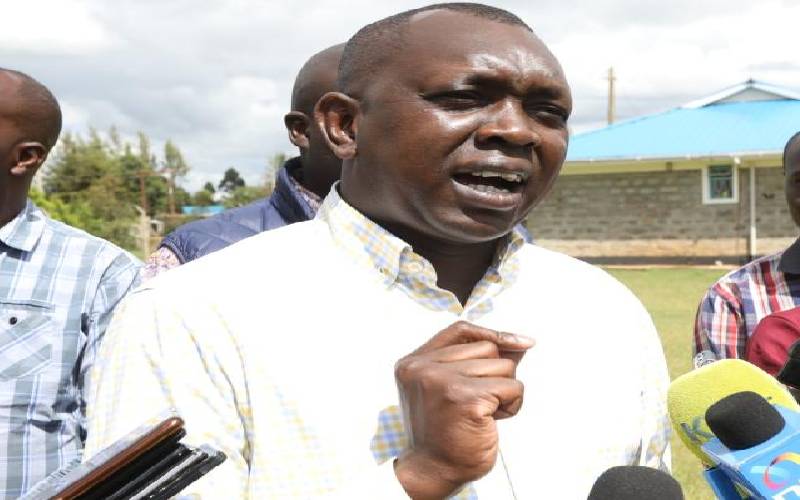 Kapseret MP Oscar Sudi has hit out at President Uhuru Kenyatta for mistreating his deputy William Ruto and those close to his number two.

Sudi (pictured) claimed President Uhuru had ordered for the arrest of Emurua Dikirr MP Johana Ngeno of his remarks against him.

“We understand police have been sent to arrest Ng’eno for saying Kenya doesn’t belong to the President, we want to condemn the imminent arrest and tell him to leave the MP alone,” he said.

Sudi warned that DP Ruto's allies are unhappy with the way they are being treated by the government.

He dared the President to arrest all politicians allied to Ruto.

In a Facebook post, he said Kenya belonged to all accusing President Uhuru of mistreating his deputy and his allies despite helping him to win in the presidency.

Ng’eno had cautioned President Uhuru against endorsing any presidential candidate in 2022.