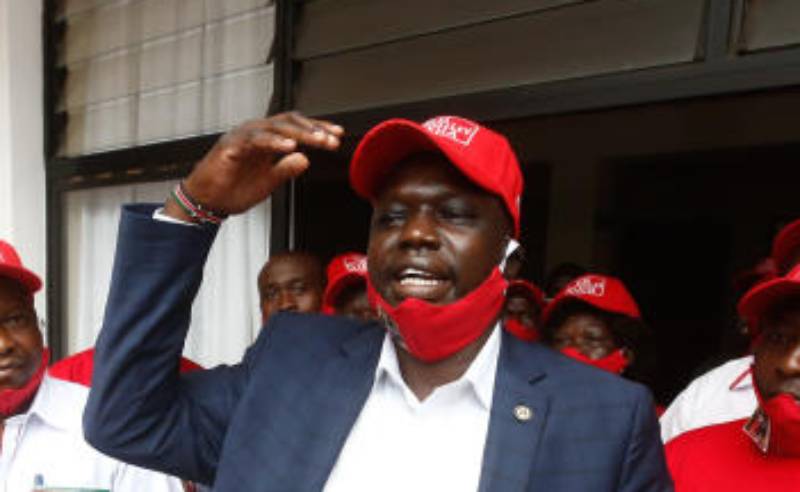 Kanu party members have warned leaders against politics that would divide Kenyans. The members said they have noticed a growing trend of leaders engaging in reckless utterances.

“We are surprised that Deputy President William Ruto is saying he is not scared of the deep state and that he will fight it, yet he is part of the same State machinery. Such utterances only spread fear and anxiety,” Kabarnet MCA Ernest Kibet (pictured) said, and questioned why the DP does not trust the government.

The members were speaking during the party’s launch of grassroots online registration in Baringo County ahead of the 2022 elections.

Vincent Kiror, a former MCA for Kipsaraman, said it was dangerous to allow political leaders to continue making divisive pronouncements.

“Just because (Kanu party leader) Senator Gideon Moi does not brag about projects and the opportunities he gives to locals does not mean he is not working,” Kiror added.

“Just because we have been silent doesn’t mean we are weak,” she said.

Moses Maina, a Kanu leader from Uasin Gishu County, added: “We no longer engage in dirty politics. Those who thought Kanu is dead will be shocked.”