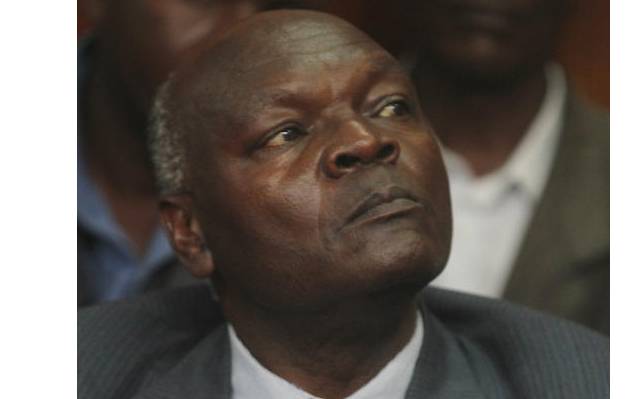 The lawmakers yesterday said they have never supported Tangatanga, a faction of Jubilee Party associated with the DP.

They said they are fully behind the March 9, 2018 handshake between President Uhuru Kenyatta and Opposition leader Raila Odinga.

“I am a strong supporter of the government of President Uhuru Kenyatta. I am not in Tangatanga; even the president knows that I support the Building Bridges Initiative (BBI) 100 per cent,” said Mr Machogu.

“I was not elected on Jubilee but I fully support the president’s agenda. The fact that I attended a fundraiser which was also attended by DP Ruto does not mean that I am in his camp,” he said.

The MPs were previously among the vocal supporters of the DP, but have since shifted alliance in the face of the ongoing political realignments.

Machogu said there were so many MPs who were backing Ruto in the region but have since changed tune.

“Even Kitutu Chache South MP Richard Onyonka used to refer to himself as the Tangatanga chairman, but he no longer supports Ruto. So it is not factual to say that I am in Tangatanga because of past pronouncements,” he said.

The two made the remarks in response to a story that listed them as supporters of the DP.

In a previous function in Kisii, which was attended by governors James Ongwae (Kisii) and John Nyagarama (Nyamira), the two were quoted saying they have officially ditched the Ruto camp in support of the pro-handshake political camp.

“I would like to declare here today that I am no longer in Tangatanga after realising that its goals are not for the good of the Gusii people, and its members were only after abusing Dr Matiang’i, who is our brother, for no apparent reason,” Machogu was quoted as saying.

Oyioka said he had decided to come back home and that more legislators from Kisii and Nyamira counties would soon follow suit since they have read the signs of the times.

Previous article
Digital communications key in interventions against Covid-19
Next article
Pregnancy made me hate my husband's voice, cooking