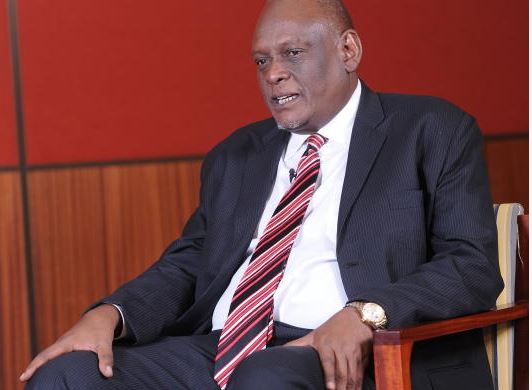 David Murathe’s constant bare-knuckled attacks on Deputy President William Ruto mirror an outspoken group of politicians in successive governments perceived to be messengers of uncomfortable truths their masters would rather not say publicly.

Every administration since Independence has had their own political sound boards, whose access to their political masters gives their words - though always expressed as personal views - an air of authority. Their brazen messaging that would be unpalatable for the kingpin to openly voice is often viewed as testing waters, gauging public mood or preparing the ground to unravel the scheme at the opportune time.

At the heart of the current rise of ‘voices of uncomfortable truth’ is the handshake between Uhuru and Opposition leader Raila Odinga, and the storm around the Building Bridges Initiative (BBI) that could change the country’s governance structure.

Since the start of Uhuru’s second term, Murathe, who last week claimed that the president ‘will not hand over power to a thief’, leaving it to the imagination of the crowd on who he was referring to, has emerged a rabble rouser.

The former Gatanga MP had previously claimed that Uhuru will remain in power beyond 2022, igniting a debate that has refused to die down.

Some of the president’s critics have alleged a plan for him to hang on as prime minister in a new dispensation. In 2018, Murathe kicked up another storm when he said Ruto should prepare to exit in 2022.

He said Ruto was not eligible to run for president in 2022, and even vowed to go to court to stop him. He insisted that Ruto’s mandate was tied with that of Uhuru.

“He had a mandate with the president for 10 years and now he wants another 10 as a president. It’s not tenable.”

“I now find that it is no longer tenable to stay on as the party vice chairman, given that I will have to sit in the same National Executive Council with a man I am taking to court to block from running for president,” he said before he resigned from the party post last year.

Similar sentiments were echoed by Atwoli, who prides himself as  ‘a prophet whose words come true.’

“I want you to write this down; 2022 we will go to the election to elect the president and people will vote in high numbers because we will have changed the Constitution. You will elect a president, his deputy, prime minister and others … but I want to tell you one thing, the name of one William Samoei Ruto will not be on the ballot,” Atwoli said in April last year.

Jubilee Party Secretary General Raphael Tuju has also been vocal in his defence of Uhuru.

Around the time Murathe was raising the ante in the Uhuru succession wars early last year, Orengo, a key Raila ally hinted that the handshake would culminate in a Raila-Uhuru alliance in 2022.

“ODM is going for political power, and when we are holding these meetings our eyes are set on 2022. The contestation for power is going to come from a formation with ODM in it and formation of Jubilee where Uhuru Kenyatta is playing a role,” Orengo said in March last year.

At the time, the declaration generated heat prompting a rebuttal from ODM Chairman John Mbadi, but talk of such an alliance has gained currency in recent days.

A wing of Jubilee allied to Uhuru joined Raila in campaigns for the Kibra parliamentary seat rooting for the ODM candidate Imran Okoth, who eventually won the seat against Jubilee’s McDonald Mariga who was backed by the Ruto camp.

In the DP’s corner are Sudi and Murkomen, who never let an opportunity to kick up a storm pass. Talk of dynasties and claims of political betrayal have dominated their statements since the Uhuru-Raila handshake.

Also in this corner are Kuria and Ngunjiri who have ratcheted up the narrative of ‘underdevelopment’ in Jubilee strongholds.

“Let’s avoid hypocrisy in our politics. When we love one another, let it be sincere, not that you have a knife which you want to use to injure your friend at the back,” said Murkomen in Makueni on January 21.

In August last year, Sudi said: “BBI is a product of the dynasties. I want to tell you that the dynasties will remain just that, whether you like it or not. The poor and the hustlers are more than the dynasties. So stop lying to yourselves that you did not choose where you came from, you’re dynasties of this country and you must go home!”

Kanu’s vocal critics of the DP like Kamket, who last year told Ruto to resign if he was not satisfied with Uhuru’s leadership, also keep their rivals on their toes.

“If you are dissatisfied with the leadership of President Uhuru Kenyatta, I dare you to resign…Stop blaming civil servants. Stop blaming the CS, PS and the Inspector General,” said the Kanu MP, a close ally of party leader Gideon Moi.

Before their fallout, former Machakos Senator Johnstone Muthama was instrumental in giving clues into the political direction that Wiper leader Kalonzo Musyoka would take. Recently, Muthama upset Kalonzo when he (Muthama) declared he would lead negotiations between the Wiper leader and Ruto for an alliance in the lead-up to 2022.

Former Subukia MP Koigi wa Wamwere said: “I believe that most of the time, these people are sent by their masters. They do not speak on their own behalf. In the current scenario, there is a lot of talk on political succession, so such people are sent to test the political waters.”

Political analyst Herman Manyora argued that politicians have a way of testing waters.

“Looking at some of the things that Murathe is saying, it is very difficult to imagine that he would not be speaking on behalf of Uhuru,” claims Prof Manyora.

Peter Kagwanja said such people are a common feature in politics.

“Such people are a salient feature of populist regimes. However, they are becoming more popular in the democratic era, mainly due to the need to deal with political opponents. What they say is not necessarily what they are told to say, but they are the best conduits of information that is unpalatable. They have nothing to lose, but they have everything to gain,” said Prof Kagwanja.

Former Gem MP Jakoyo Midiwo, who was once a close ally of Raila before he fell out with ODM, argued that the rise in such voices is a result of ‘people responding to current political realities.’

“All those who are speaking are responding to the current political realities. I don’t think someone like Murathe speaks for Uhuru, but he is speaking to the Kikuyu nation. When you see people like Kuria talk, they are ‘under siege’ because things have moved so fast and they have to respond to the reality,” said Midiwo.

Police reports said the teenager was shot by his 16-year-old mate while practising how to operate guns on Sunday evening.