Murathe: President Uhuru will not hand over power to a thief 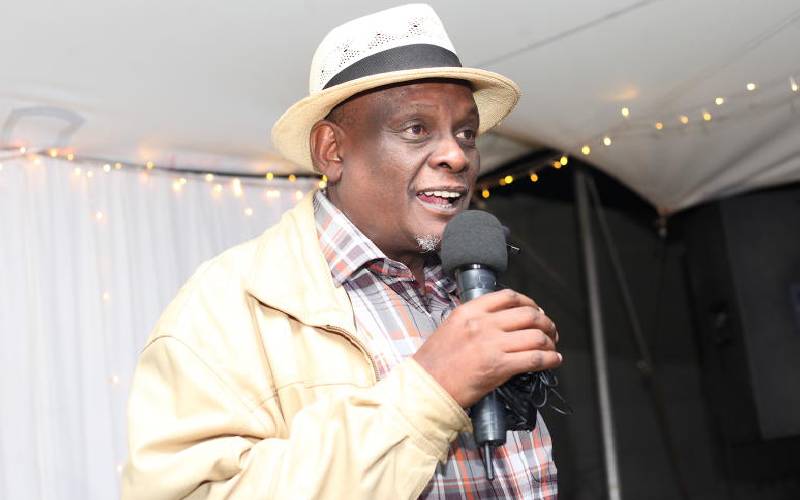 President Uhuru Kenyatta will not hand over power to a thief in 2022, former Jubilee Party vice-chairman David Murathe (pictured) has said, a statement that could raise political temperatures in the coming days.

Speaking during the Building Bridges Initiative (BBI) rally in Meru, Murathe said that once the new political dispensation envisaged in BBI report comes into force, Uhuru will have to rethink his stand.

“Do you want President Uhuru to leave power to a thief? That will not happen,” he said.

Murathe also warned Jubilee leaders planning to forcefully take over the party leadership to forget it saying the party secretary Raphael Tuju is out of danger and will jet back in the country on Wednesday.

He said contrary to remarks from some Jubilee leaders who have been scheeming to remove Tuju because he was involved in a road accident to, the Cabinet Secretary was okay.

“I hear people talk about other things, the party is going nowhere, Tuju has healed and will come back next week,” he said.

He claimed Ruto had amassed enough wealth through looting of public coffers.

He has repeatedly blamed Ruto for bringing the country's economy to its knees through stealing of public resources to enrich himself.

Murathe in another post stated that Ruto was a thorn in the flesh for the country because the economic woes being experienced are attributed to his looting spree.

For the country's economy to revert back to normalcy, Murathe suggests that the deputy president must be forced to return what he has stolen.

By Moses Nyamori | 15 hours ago