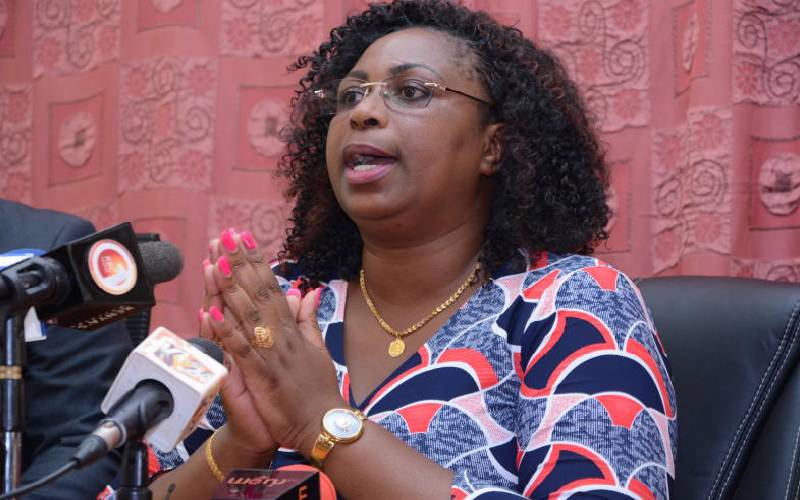 Coast MPs allied to Tanga Tanga were today morning given a taste of what could happen at the Building Bridges Initiative (BBI) rally slated for Mombasa’s Tononoka Grounds after a mob stormed their press conference.

The Malindi MP was addressing the media on a planned BBI rally attendance by the Tanga Tanga wing of  the ruling Jubilee Party in Mombasa tomorrow when the youths struck chanting anti-Tanga Tanga slogans.

Jumwa had to cut suspend the press conference until the rowdy youths were out of the scene.

She downplayed the interruption saying the youths had been sent to deliver a message which they did deliver.

"You have seen the group wielding stones, they have been sent by people we know to come and deliver the message," she said.

Jumwa, who ditched the ODM camp to back Deputy President William Ruto, warned leaders against politicising the rallies saying the aim of BBI is to unite Kenyans.

The legislator said no showdown was expected in Mombasa during the BBI rally; that the narrative was a creation of the media.

“I am hearing about a showdown at Tononoka, there will be no showdown. Forget about these media stories,” said Jumwa.

Ali who came to the venue moments later accompanied by youths accused Governor Joho of paying goons to storm the press conference.

He termed the interruption unwise and cautioned youths against being used by politicians to fight their wars.

"It is stupidity to block us from speaking our minds. We will be at Tononoka by force, let them hire many goons tomorrow,” the angry MP said.