A political storm is brewing in the Western region as leaders clashed ahead of the January 18 Building Bridges Initiative (BBI) meeting at Bukhugu Stadium, Kakamega.

The planned meeting has elicited mixed reactions with some of the region’s leaders distancing themselves from it as others support it.

Speaking at Nairobi’s Serena Hotel, 12 MPs from the Western region denounced the meeting and vowed to organise a parallel event in Mumias on the troubled Mumias Sugar Company.

The Serena Hotel press conference brought out the rivalry between Tangatanga brigade from Western region and proponents of the handshake spearheaded by President Uhuru Kenyatta and Orange Democratic Movement (ODM) leader Raila Odinga.

“Clearly, the organisers and sponsors of the proposed meeting hold both the leaders and the people of Western in extreme contempt. The announcement made on December 26, 2019, was vague about drumming up support for the BBI report,” stated Western Leaders Parliamentary Caucus Chair Sakwa Bunyasi (Nambale).

Mr Bunyasi, in the statement that excluded eight ODM MPs from the region, said emphasis had moved away from Luhya unity and the political path for the Mulembe nation to a BBI campaign meeting.

“It also seems to be moving away from a collective leaders’ meeting to an ODM meeting. We urge the leaders to postpone the meeting and allow for proper consultations,” he said.

He went on, “On that day, we will be in Mumias to discuss the sugar firm’s issues, it is of greater significance to our economy and people. The BBI is work in progress.”

Those in support of the BBI meeting chaired by Kakamega Governor Wycliffe Oparanya have affirmed their attendance. The January 18 meeting was mooted at another meeting held at Central Organisation of Trade Unions (Cotu) Secretary-General Francis Atwoli’s rural home in Kakamega. Those opposed to the BBI meeting questioned Atwoli’s mandate to speak for the Western region.

“These baffling decrees were made under the watchful eyes of political leaders from outside Western. They watched and listened carefully like the true owners of the message that Atwoli and Oparanya delivered,” said Bunyasi.

Minutes after addressing the media, there was a face-off involving Lugari MP Ayub Savula, Tindi Mwale (Butere) and John Waluke (Sirisia) amid claims of a plot to endorse Oparanya as the region’s kingpin.

The face-off degenerated into claims and counter-claims pitting MPs allied to Uhuru and Raila against others associated with the Deputy President William Ruto, ANC’s Musalia Mudavadi and Ford Kenya’s Senator Moses Wetang’ula.

Waluke and Mwale accused Savula of being used by Raila and his team to undermine the Luhya leadership, but the latter countered, saying they were agents of the DP and Musalia advancing selfish interests.

“This meeting was sponsored by Ruto. The BBI meeting is a national issue and should not be reduced to a Luhya regional matter. If people are mobilised to attend, I will heed. I am not for the idea to postpone the meeting because it’s convened by the BBI task force,” said Savula

But Waluke interjected, criticising Savula for skipping the press conference.

“He sneaked out and ran away and now he is purporting to speak alone. We support BBI report as it. These are the people used by Raila, Oparanya and Atwoli to undermine leaders from Western,” he charged.

Mwale described the developments as “interesting” and wondered why Savula had decided to dismiss his colleagues.

“As colleagues from Western, we have taken a position. Any divergent views, we treat as personal position,” he said.

Nominated MP Godfrey Osotsi lashed at the Bunyasi team claiming that they “had been sent.”

“These are Ruto supporters and a few ANC apologists. They are not genuine in their rants. The Ruto camp has been introducing roadblocks since the issue of BBI was mooted. The meeting is being financed by the BBI taskforce and no one is forcing them to attend,” said Osotsi.

He claimed that the ANC never presented its position to the BBI team.

“Unfortunately, Mudavadi is being driven to work with Ruto who is his junior in politics,” said Osotsi.

“We are not going to play second fiddle to the DP. He has finished his ten-year in nusu mkate with Uhuru and will not get another 10 years. The Tangatanga team is panicking that is why they do not want the BBI meeting,” he said.

Bunyasi’s team vowed to give the January 18 event a wide berth, claiming that they did not know its agenda.

“Basic courtesy and common decency demands that if anyone s organising a leaders meeting in any party of the country, he/she involves the elected leaders,” said Bunyasi.

“We will treat the proposed meeting as an ODM affair,” he said.

Meanwhile, five governors from Western have dismissed claims by some region’s MPs that they have been sidelined in the planning of the meeting in Kakamega.

Oparanya has insisted the meeting will proceed whether the leaders boycott or attend. 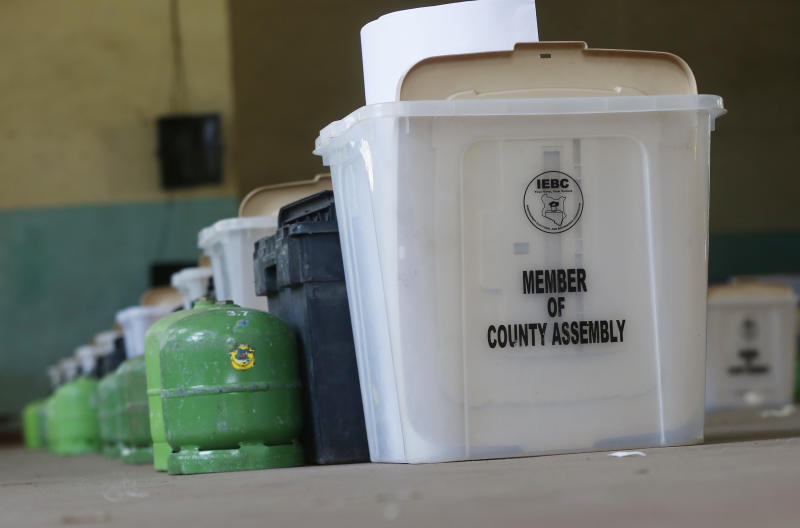 By Allan Mungai | 22 hours ago