Our reform plan will transform the country, says Raila 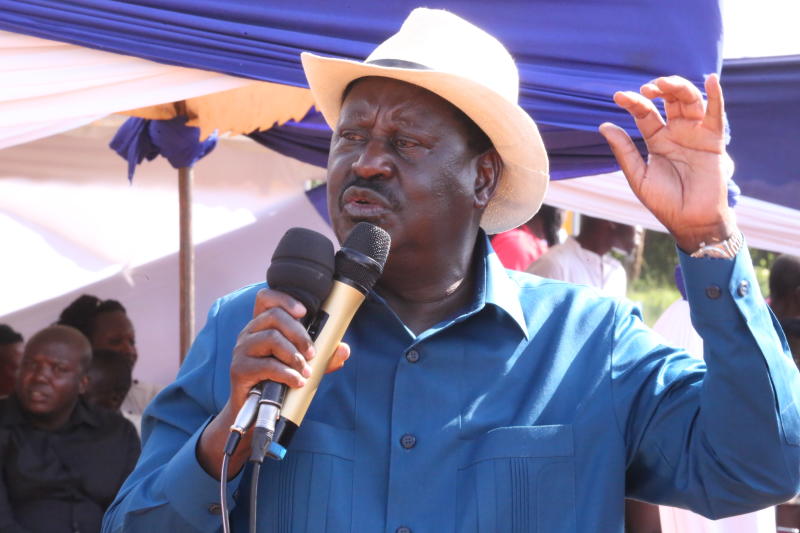 ODM leader Raila Odinga (pictured) has recounted how he and President Uhuru Kenyatta spent 19 hours of tense negotiations that led to the historic handshake.

Raila said it took hours of phone calls before they finally met face-to-face at the president’s Harambee House office before agreeing to appear before cameras for the firm handshake that also gave birth to the Building Bridges Initiative (BBI).

Raila’s revelation on Christmas Day came as he sought to explain to Kenyans why they should be patient with BBI, which he said would transform the country.

BBI is one of the issues expected to take center-stage as the country crosses into the new year even as questions continue to linger whether the country will have a referendum or not.

He claimed that even the people who had been criticising BBI had changed tune after they saw the document, noting that implementation of some of its recommendations will begin next year.

Speaking at the Nyamira ACK church, he noted that just like the period before the handshake, tension had been building over the BBI.

Raila noted that the quest to restore sanity and independence in the country would take time and appealed for calm.

“We want to thank Kenyans for standing with us against all odds. It will take time for us to get where we want to be, but we are on track,” said Raila.

The BBI seeks to resolve a number of issues in the country, including electoral injustice, inclusivity, as well as provide guidelines of dealing with corruption.

The former prime minister however took a swipe at the church and a section of politicians for allegedly derailing the process of restoring sanity in the country by condoning corruption.

According to Raila, the church has been colluding with corrupt leaders to sanitise and launder ill-gotten wealth by accepting millions as donations.

A section of Kenyans and leaders, he claimed, were also resisting attempts to transform the country through the BBI.

“The people who are opposing us are responsible for what is happening in the country,” said Raila.

The ODM leader spoke as a host of leaders who had accompanied him also rallied Kenyans to back the Building Bridges Initiative.

Senator James Orengo said it was time the country polished its Constitution.

“The spirit of the Building Bridges Initiative is to reconcile Kenyans and next year we will have a proper debate on BBI,” said Orengo.

His sentiments was shared with Alego Usonga MP Samuel Atandi, who called on all Kenyans to throw their weight behind BBI.

Russia on verge of independent internet

Russia has successfully tested a country-wide alternative to the global internet, its government has announced.