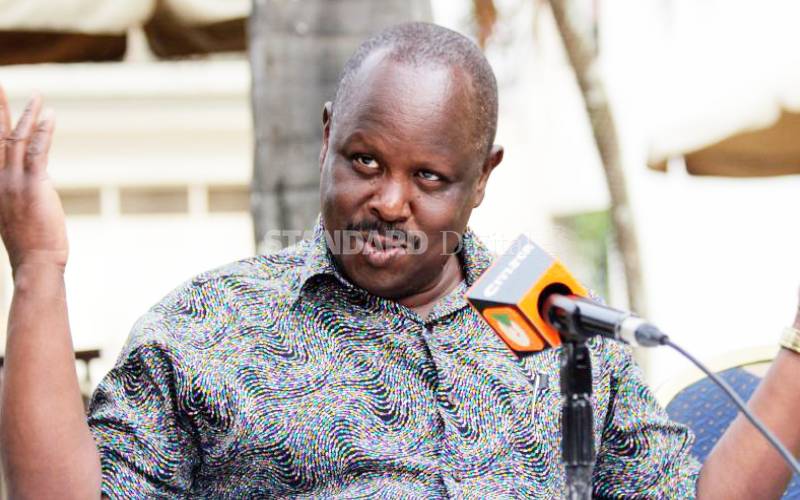 Criticising the initiative, the former governor said it was a bad idea as it was informed by personal thinking.

“Punguza Mizigo is was not people-driven and only informed by personal ideas of Thirdway Alliance leader Ekuru Aukot,” Ruto said.

“Changing the Constitution needs collective effort no matter the change you want to bring."

Only Turkana and Uasin Gishu MCAs endorsed it.

Poking holes into the proposals in Aukot’s bill, Ruto said it is wrong to reduce MP slots and scrap other positions without justification.

"You cannot reduce the number of leaders representing people in a particular region and expect them to endorse it."

"He never sought our views on how we should amend the Constitution, something that indicates the motive was questionable," Ruto added.

In a heated debate that lasted for more than three hours, Bomet MCAs said the bill had been sugarcoated to please Kenyans.

Kirui said the disadvantages of the bill outweigh the advantages.

Some 23 MCAs voted to reject it, with only eight members supporting.

Speaking in Bomet town on Thursday, the former governor said Kenyans will not be shortchanged by populist ideas.

“From the onset, it was certain that the bill was bound to fail since it was not a people-driven affair. I told Aukot I do not support some of his ideas in the initiative,” Ruto added.

He said any move to amend the Constitution should be initiated by a majority and not a few individuals.

The former Bomet governor said the Building Bridges Initiative (BBI) invited all relevant stakeholders, unlike what Aukot did.