Ruto launched Nzoia project before it was ready, MPs told 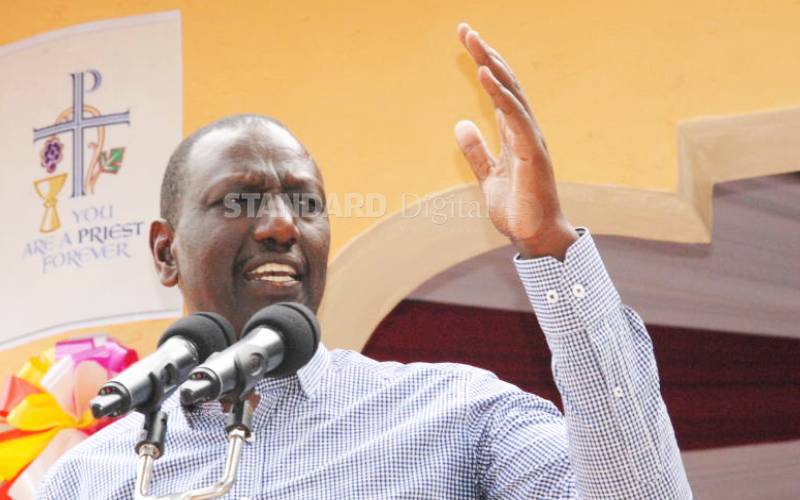 Deputy President William Ruto (pictured) is in a spot for prematurely launching a Sh5.3 billion irrigation project without the knowledge of line ministries.

It has emerged that Ruto launched the Lower Nzoia irrigation and flood mitigation project on June 7 when it was not ready for commissioning due to pending compensation for land owners.

Water and Sanitation Principal Secretary Joseph Irungu yesterday told the National Assembly’s Public Accounts Committee there was no formal communication that Ruto was to launch the project.

The Opiyo Wandayi-led team also heard that the National Land Commission (NLC) and National Irrigation Board (NIB) were not involved in the launch.

NIB is the implementing agency while NLC is involved in land acquisition for the project that is meant to end perennial flooding as well as help to increase food production.

“There was no contact between the DP’s office and my office. Even my project engineer was not there. Compensation is a very sensitive matter, which we must handle well,” said Irungu.

However, Water Cabinet Secretary Simon Chelugui was present for the launch.

“I cannot confirm that the Cabinet secretary was contacted because there was nothing in writing. Had I been asked whether it was okay to launch the project, I would have said it was not proper,” Irungu said.

NIB boss Gitonga Mugambi also told the House committee that there was no official communication about the event.

“There was no contact between the DP’s office and the National Irrigation Board. I was, however, present on instructions of former PS Fred Sigor,” said Mr Mugambi.

Mr Wandayi said it was unclear why Ruto purported to launch the project without the approval of the implementing agencies.

“It is perplexing that there was a public pronouncement by the DP when there was no communication between his office and the Water and Irrigation Ministry, National Irrigation Board and National Land Commission.

“We want to know if the DP was misled to launch the project when it was not ready,” Wandayi said.

The details emerged when NIB and NLC officials appeared before the watchdog committee over the compensation issue.

Documents tabled before the committee showed that Sh450 million had been transferred to NLC to compensate the affected families. But the exercise has stalled since February due to lack of commissioners at the land agency.

“The absence of NLC commissioners and non-gazettement of 632 parcels of land already presented to NLC by the Ministry of Water and Sanitation... has resulted in delays in starting the necessary land acquisition for part of the head works, dykes and irrigation command areas.

“Although compensation of project-affected persons is derailing the work, the project will only transfer additional funds when NLC requests for funds and submits supporting documents for the expenditure,” the documents read.

The documents further indicate that the Resettlement Action Plan budget is Sh1.86 billion with Sh450 million already deposited with the NLC for irrigation and dykes.

The project received an additional Sh700 million this financial year, meaning there is still a balance of Sh711 million.

Out of the Sh450 million deposited with NLC, Sh167,865,570 has been disbursed, while Sh9 million has been spent on administration expenses.

It also emerged that the project had accrued additional funds due to the pay delays.

“The total determination by the engineer to date therefore amounts to Sh50.7 million, but which the contractor intends to contest and take to the dispute board,” the documents reveal.