Wetang'ula wants Raila to back a Luhya to succeed Uhuru 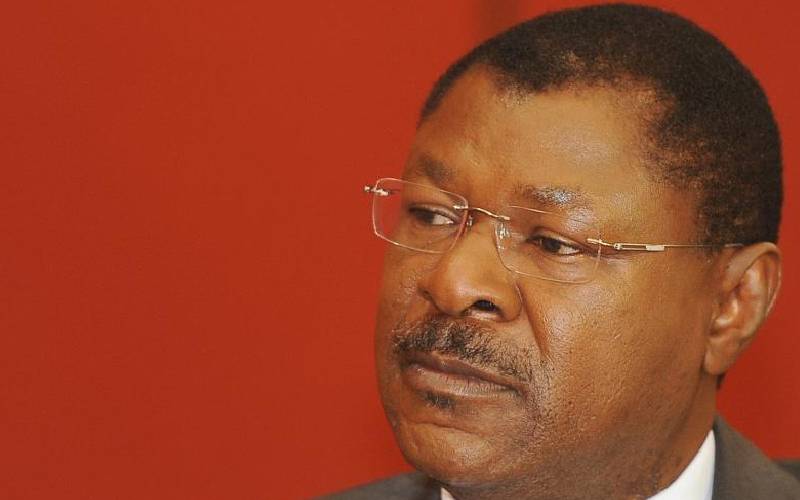 Ford Kenya leader Moses Wetang'ula (pictured)  wants ODM leader Raila Odinga to rally his Luo community to back a presidential candidate from the Luhya community in 2022.

He said time has come for the ODM leader to reciprocate by leading the Luo community to support a presidential candidate picked by the Luhya community.

Hinting at the possibility of the Luhya community endorsing a single candidate, Wetang'ula said it is time for the Kikuyu and Kalenjin communities to back the Luhya.

While urging Raila to appreciate the Luhya community for rallying behind him in the past elections, Wetang'ula said the community will have its own candidate in the race to succeed President Uhuru Kenyatta.

“The Luhya community rallied behind Jaramogi Odinga’s presidential ambitions and later did the same to his son Raila Odinga. It is time we also get support from the Luo community," said Wetang'ula.

He spoke at Sibanga in Trans Nzoia County during the burial of Vincent Wattanga, the father of Humphrey Wattanga, the Commission on Revenue Allocation vice-chairperson.

Wetang'ula said talks to have the community produce one presidential candidate in 2022 are at an advanced stage.

“We want to assure our community this time we will not fall prey to plans to scatter our votes like has been the case in the past."

He said the community’s dream to take power is unstoppable, arguing that they have started a journey with Mudavadi to seek support from other communities.

"We are going to walk with my brother Mudavadi to the end and ensure the dream by our community to ascend to power is realised."

He promised the new working relationship among the Luhya is a political tool towards achieving a common goal.