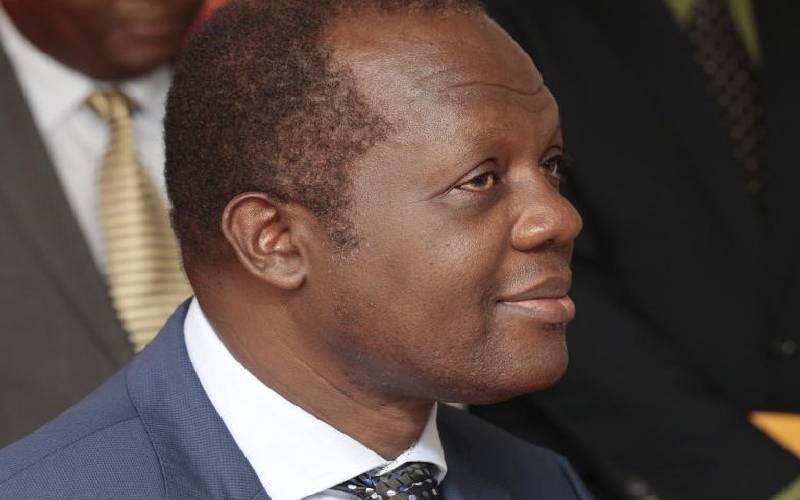 The lawmakers blamed Tuju for the continued wrangles within the party, saying he should leave.

"He has betrayed a government we founded. There is a lot of confusion and division in Jubilee and the person responsible is Tuju. Let him resign," said Wahome.

Kihika said it is disturbing that there are cracks in the ruling party and one individual is behind it.

The Nakuru senator blamed Tuju for working with external forces to ignite a fire in the party, adding that the only solution to save the party is to sack the SG.

She claimed that Tuju is out to weaken and destroy JP and asked President Uhuru Kenyatta and Ruto not to ignore what was happening.

"Tuju is responsible for the confusions in the party. He is out to finish JP and we are not going to allow it," said Kihika.

Waruguru said though the President and his deputy have no differences, party officials are fanning division for political mileage.

She went on, "Tuju is out to finish JP and we are not going to allow anybody to destroy what we sacrificed a lot to build."

Vowing to support Ruto's Presidential bid, the lawmakers urged Kenyans to vote for leaders based on their development records.

"The dark forces working against Ruto will fail. We will rally behind him and ensure he ascends to power," said Jumwa.

Since January a section of JP legislators has been pushing for Tuju's removal over wrangles within the party, accusations the SG denies.

"What you are witnessing is just differences in opinions and does not mean wrangles," Tuju said in January.