Over 30 new political parties have been formed, pointing to the behind-the-scenes intrigues in the lead up to the 2022 General Election.

Three have already qualified for provisional registration, according to records at the office of Registrar of Political Parties Anne Nderitu.

Ms Nderitu said she started receiving applications soon after the August 2017 elections, a pointer the next election is expected to be hotly contested.

“There could be more applications. Applicants are required to make an application for a proposed party name for reservation. 32 names have been reserved after name search,” she said.

A list obtained by The Standard has 30 proposed parties. It was not clear who are behind the new applications. However, this is most likely part of the political realignments ahead of 2022.

Every election has witnessed emergence of new parties. In 2013 for instance, President Uhuru Kenyatta and his deputy William Ruto won using a coalition of their parties, The National Alliance and United Republican Party (URP), respectively.

Later, they collapsed their parties, alongside ten others, to form Jubilee on which they were re-elected in 2017.

Pundits have attributed formation of new parties to infighting that has been rocking Jubilee and other major parties, as politicians seek alternative vehicles just in case their current parties fail to hold until 2022.

As has always been the case, top presidential contenders or powerful figures around them, could be behind the new outfits.

Already, a major rift has emerged in Jubilee with two camps, one allied to President Kenyatta and the other to his deputy. Uhuru-leaning Kieleweke team has even dared Tanga Tanga that backs Ruto to quit Jubilee if they cannot support the handshake or are not satisfied with the way the party is run.

At a recent function in Banana, Kiambu County, youths donning yellow T-shirts matched on the streets, declaring their support for Ruto’s 2022 presidential bid. DP’s critics concluded that he was reviving the defunct URP in preparation to quit Jubilee.

Former Jubilee Party vice chairperson David Murathe, who has vowed to scuttle the DP’s plans, said these were indications Ruto was already looking for an alternative party ahead of 2022.

Given the feud in Jubilee, it would not be too much to think Ruto’s allies may also be getting ready for a worst case scenario where the DP misses out on the Jubilee ticket.

Murathe and Siaya Senator James Orengo have also hinted at a possible alliance between Uhuru and opposition leader Raila Odinga ahead of 2022. This has led to speculations a new political outfit could be in the offing as either would be reluctant to join the other’s current party.

Recently, Uhuru told off those against the handshake, saying he has never discussed 2022 elections, ODM or Jubilee politics with Raila.

He also said he was not aware if Raila will run in 2022. The President also dismissed claims he was planning to remain in power after his second and final term.

In Kenya, a political party, not ideology, means everything. That is why in most regions, all that one needs to win an election is the ticket of a particular political party.

It is also around election time that briefcase parties emerge solely to sell nomination papers to defectors.

A record number of candidates contested in the last election and this is expected to increase even further in 2022, which could explain the seeming rush to register new political parties.

Presently, Kenya has 66 registered political parties. However, only Jubilee and ODM qualify for the Political Parties Fund. The fund is based on the number of seats a party wins and votes cast for the parties’ candidates.

“We don’t have political parties in Kenya but political players. There are no ideologies. The parties are simply formed for convenience and once they have served their purpose, they are discarded,” said Mr Oloo.

Some of the people forming parties are said to have their sights on the Political Parties Fund. But Treasury CS Henry Rotich is now pushing for changes to the law so that the money given to political parties is slashed. Rotich says the current allocation formula is unsuitable.

Treasury argues the country cannot give 0.3 per cent of its revenues to the ODM and Jubilee without hurting counties and national government operations. Treasury has only been allocating Sh371 million to the fund each year since 2015, instead of Sh3.6 billion as provided for by law.

Nderitu said the criterion used to allocate funds to political parties is unfair as it disadvantages some parties, affecting their capacity to champion democracy. 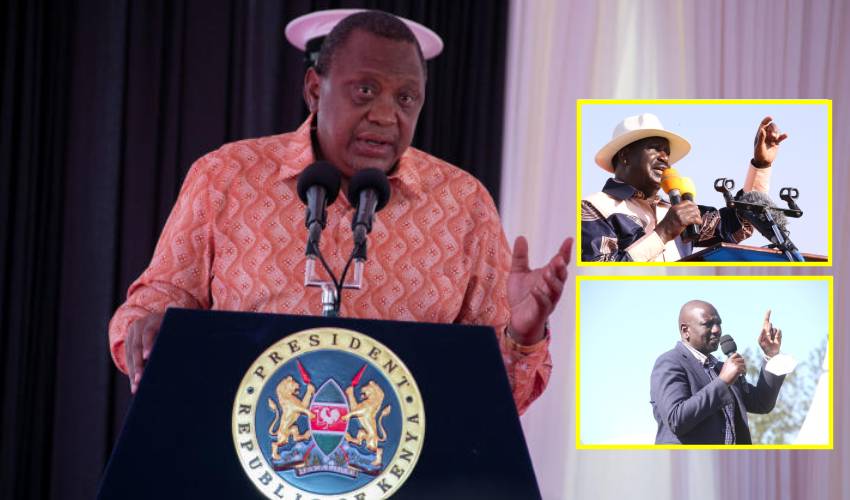