If you have joined Government, toe the line, says Ruto 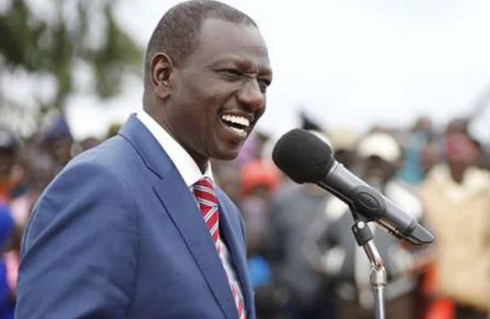 Deputy President William Ruto (pictured) has told his political detractors within Jubilee party to desist from divisive remarks and allow the governing party to deliver services to the citizens.

The DP said the party, under the stewardship of President Uhuru Kenyatta, is focused on fully implementing its manifesto to boost living standards and is not interested in those out to spread empty propaganda.

He said the party is not party to ethnic and divisive politics, while calling on those he termed as ‘new entrants’, to learn from them.

“For those who have joined us in Government, we are willing to teach them how we strive for development. Those who do not believe in what we do should watch this space because we do not have time to waste as we match forward,” he added, in apparent reference to Opposition members who have joinedGovernment through the ‘handshake’.

Ruto said State agencies such as Ethics and Anti-Corruption Commission and Directorate of Criminal Investigations (DCI) should also focus their energies on their work as mandated by law.

Ruto, who spoke yesterday during the official opening of Emsos Technical Training Institute (TTI) in Chesumei Constituency, Nandi County, said the party has no time for petty politics but keen on transforming the country’s economy.

“Jubilee is not based on guess work but is working towards providing solutions to challenges facing society in a unified front. Politics of division and tribal affiliations are of yesteryears,” he said, adding that those bringing factions and division from within are playing outdated politics.

He added: “Our goal is to unite Kenyans. Those who want to base their debate on propaganda should leave the party. We know where we are going and we have not lost network because of small issues.”

Others called for disciplinary action against errant leaders whom they said are spoiling for the party.

“We call on the top leadership to crack the whip on those who are losing track. They are in Parliament because they were nominated but are now busy throwing stones at our leaders,” said Mumias MP Benjamin Washiali.

Nandi Governor Stephen Sang said Jubilee stands for the truth, while taking a swipe at former premier Raila Odinga, saying he does not stand any chance in 2022 politics.