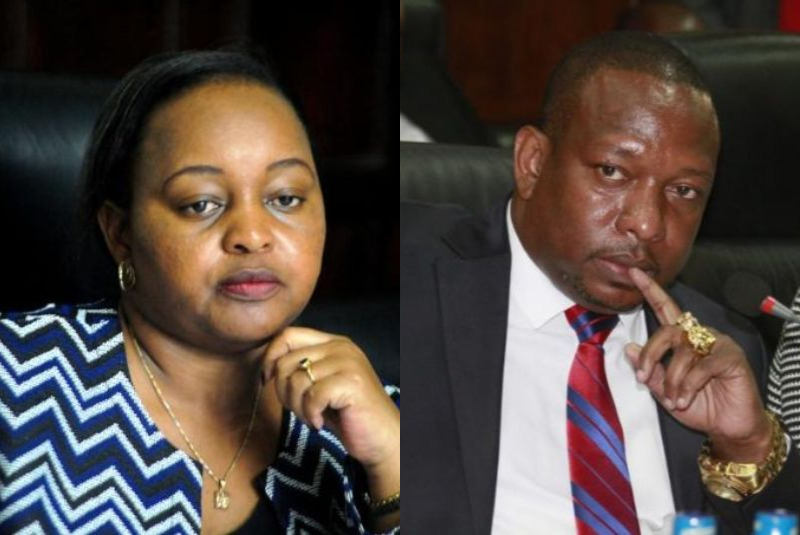 Senators have summoned governors Mike Sonko (Nairobi) and Anne Waiguru (Kirinyaga) for failing to appear before a watchdog committee over audit queries.

The two ignored invites to appear before the Senate County Public Accounts and Investments Committee to respond to questions raised by Auditor General Edward Ouko.

The audit queries relate to expenditure in 2014/15, when their predecessors Evans Kidero and Joseph Ndathi, respectively, were in office.

On Thursday, Narok Senator Ledama ole Kina, while announcing the decision to summon the duo, accused them of ignoring their invites on several occasions.

“We have decided to compel them to appear before us through summoning because they had no good reasons to snub our earlier invitations,” said the senator.

Kina, who was accompanied by his colleagues Mohamed Faki (Mombasa) and Charles Kibiru (Kirinyaga), said Sonko would be grilled on December 3 and Waiguru the next day.

On October 29, Sonko failed to appear before the committee led by Homa Bay Senator Moses Kajwang' for the third time in a row, forcing the House team to fine him Sh500,000.

He was first invited to appear before the committee on July 4, then on August 6. He did not turn up, but sent his Finance Executive Charles Kerich.

Waiguru did not show up last Tuesday as planned, explaining through a letter that she was out of the country. This was the second time she had excused herself from appearing before the MPs.