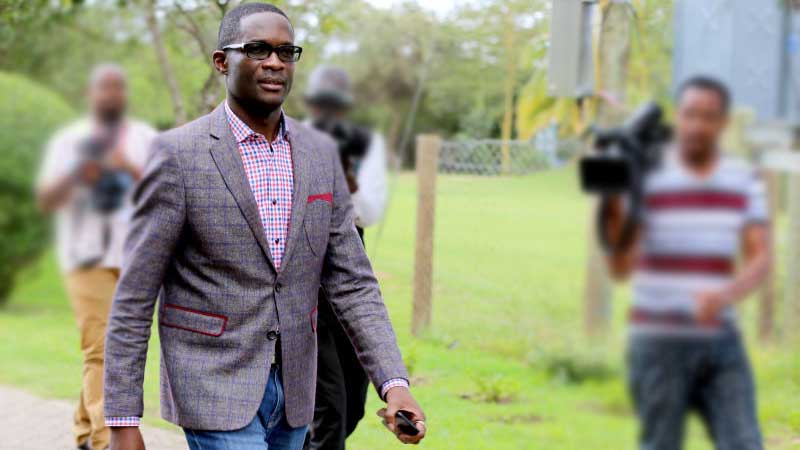 Ezra Chiloba (pictured), who was recently dismissed from the electoral commission, is facing more trouble after the agency sought to have him prosecuted over alleged loss of over Sh9 billion in last year's elections.

Wafula Chebukati, the Independent Electoral and Boundaries Commission (IEBC) chair, wrote to the Director of Public Prosecutions Noordin Haji to have Mr Chiloba (above) queried.

IEBC communications officer Andrew Limo confirmed that Chebukati had shared, with Noordin, details of an audit and followed it with a letter.

An internal audit by the commission also revealed that Sh1 billion was lost in the procurement of materials for the repeat presidential election that was boycotted by the Opposition candidate Raila Odinga.

The report was filed in court by Mr Chebukati as exhibit to explain why Chiloba was sent on a three-month compulsory leave.

Speaking during the launch of a national voter registration exercise at Unoa Grounds in Makueni yesterday, Chebukati said: “The results of the audit that came out in August confirmed findings of our internal audit that this linked the CEO to the irregularities”.

Ouko's report, tabled in Parliament, shows the commission spent billion to procure goods and services that were either not delivered or were delivered but not used. It questions IEBC's decision to acquire 45,000 Kenya Integrated Election Management System kits at Sh4.2 billion by direct procurement.

The commission contracted three mobile phone network operators to transmit election results for the General Election and fresh presidential election at a cost of Sh1,047,826,338 and Sh297,688,852 respectively.

By Willis Oketch | 18 hours ago

By David Njaaga | 1 day ago